This roleplay takes place in the Pokemon: Sun and Moon game. You're a trainer who strives to be one of the best in all of Alola, and you experience a new adventure every day. Where will your path take you?

Recently, the discovery of the millennium was made: Hybrimon. These strange creatures seem to be people with Pokemon fighting abilities. They are human-- and yet, at the same time, they are Pokemon. They also seem to be carrying strange Poke Balls they call Hybri Balls. What mysteries will these beings bring? (No, this is NOT canon with the Pokemon series, and is simply an idea I came up with. Once again, it is NOT canon, and it might never be.)

When making a character, you must include the following parameters:

First Name: David
Full Name: David L. Herotis
Race: Human
Age: 14
Personality: Very brave, and often takes on the role of leader. Loves the thrill of a fight.
Backstory: Apparently David is from... another world? Wherever David came from, he seems to have the ability to fight on his own, even without Pokemon. It seems that David has lost all memories of his world, and is trying to find a way to go back home.
Pokemon: Does not yet have any.
So, I'll begin. Get ready to RP!

David, sapped of his strength, stumbles his way across a small bridge and passes through a gate of a certain building. Eventually, he collapses and blacks out.

First Name: Cyril (though he goes by Cube)
Full Name: Cyril Aster Mazzie
Race: Hybrimon
Age: 12
Personality: Cyril, or "Cube" as he prefers to be called, acts like a Rockruff. He's kind but as he grew older, he's gotten aggressive and hotheaded. He walks across Alola, challenging any opponent he finds strong.
Backstory: Cube got his alias from a persona of his: a square-headed, anthropomorphic Fighting Type Pokèmon known as Hexahedric. He loved to role-play as Hexahedric until he started to get teased for it. He left, however having a liking for the nickname his bullies called him, and such kept it.
Known Moves:
Sky Uppercut
Triple Kick
Growl
Iron Defense 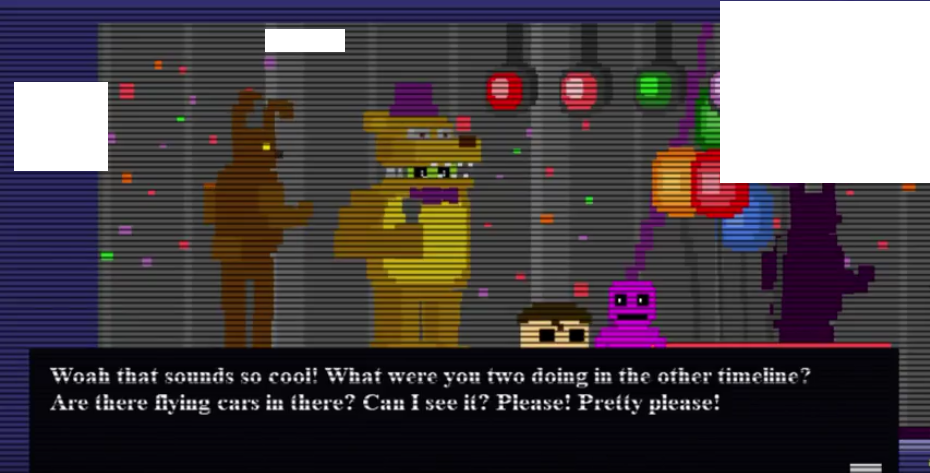 ...You need more than that? Really? Fine, he's from an alternate universe where he arrives in a world full of fun and destruction and defeats an evil bear with powerful energy with his friends and arrives here for more adventure and crying.
Known Moves: 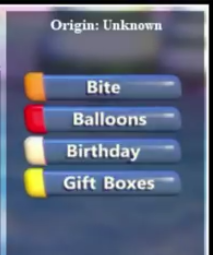 (Heck of a long post, but I had to do this to get my character's story going)
When David comes to, there's a bunch of other kids surrounding him.

David: ...Huh?
Ash: Ah... he's awake!
Sophocles: Geez! I thought you were dead!
Lana: Isn't that exaggerating? He was clearly out cold. Rotom said so itself.
Sophocles: Ehhh... Sorry.
David struggles to get up.
Lillie: Oh my... Are you alright?
David: Nothing I couldn't handle... Ngh!
David falls to the ground again as he tries to get up again.
Mallow: Okay, I guess you were lying...
Kiawe: We'd better do something about this.
Mallow: Maybe this would help?
Mallow hands David a few Sitrus Berries. David takes them out of Mallow's hand and begins eating them.

After David replenishes his strength...
David: Well... thanks. So... Where am I? And who are all of you?
The others introduce themselves.
David: I see. I'm David.
Ash: Oh yeah. I forgot to answer your other question. You're in the Pokemon School.
David: The... Pokemon School?
Mallow: It's a place in which people and Pokemon learn together.
David: What's a Pokemon?
Kiawe: You really don't know?
David: No. This place is totally alien to me...
Ash's Pikachu jumps onto his shoulder.
Ash: Well, this is a Pokemon. This is my partner, Pikachu!
David: Pikachu...? Oh...! I see.
David approaches and tickles Pikachu on the chin.
Lillie: Why don't you know anything about Pokemon? Everyone knows all about them.
Sophocles: Furthermore... Why were you out cold, according to Rotom?

David flinches a little. He racks his head for a while.
David: Okay. Laugh at me if you want, but it's the truth. I come from another world.
Everyone gasps at that part.
David: I know it's a lot to take in. But really, I don't know why I was unconscious-- or rather, I don't remember why. Coming from another world is all that I really remember...
Lana: That's... really interesting. Otherworldly people, losing memories just like that...
Mallow: Yeah. It's very weird if you think about it.
David: ...You said you this was a school, right? Could I see your principal?
The others look at one another, then back at David.

OOC
I'm bringing up this OOC because I forgot a few stuff.

So, FYI, the Pokemon School squad is here, too. Thought I'd bring that up.

You can also make as many characters as you want, but it might be hard to keep track of them.

Oh yeah, forgot this, too. When you're a Hybrimon, you're basically a human who has Pokemon powers. That means you have a type, and a Pokedex entry, too. So enter that while you're ahead. It's something like this:

Name: (Enter the name you're using for your character.)
Classification: (Something like an Octopus Hybrimon, or Berry Hybrimon, or something like that.)
Type: (You can enter up to two. If you don't know what they are, you can look them up.)
Entry: (Enter what Hybrimon's abilities, how they are different from people, and the like. Make sure to keep it short. If you want, you can look up some Pokemon entries for reference.)
There's more stuff about Hybrimon, but I'll reveal that later, since spoilers.

Name: Crying Child
Classification: Crying Hybrimon
Type: Normal - Ghost (Cuz he died but was revived in body)
Entry: Only one of his kind exist, as he was taken from an alternate universe long ago. He never had a happy birthday.
(There's your thing. Welp. IDK this world so put Crying Child somewhere.)

First Name: Siccle
Full Name: Siccle Fena Kun Soulya
Race: Hybrimon (Ghost/Water, if typing applies)
Age: Unknown, but looks 15
Personality: Whatever you like.)
Backstory: Backstory 1: He was a normal human being, until experiments were run on him (because he was special, one way or another), making him become a hybrimon. Now he just roams the forest, looking for things to do
Backstory 2 (if backstory 1 is to absurd): He was born hybrimon, unknowingly. Now he has discovered these special powers after someone revealed them to him.
Known Moves: Night Slash, Hydro Pump, Shadow Claw, Bug Buzz
You must log in or register to reply here.
Share:
Facebook Twitter Reddit Pinterest Tumblr WhatsApp Email Link
Top Bottom