Possibly a world generation bug, but one time I found a aboveground 4-story dirt hallway.
(Don't have any images though.)

One time I spawned on a floating island. Not the ones made of cloud, high in the sky, but one of those little ones made of dirt and sometimes have trees and whatnot on them that are probably just terrain errors.

EDIT- I've remembered some more. My ocean on one world is in a half bowl of sand, up a ~100 block vertical face of clay and dirt.

There's also those times when the dungeon spawns at a high elevation, with a massive wall of dungeon brick leading up to the entrance. That generation bug seems less common now, though.

Me,and my friend had an incident where the hallow spawned in the jungle by accident. 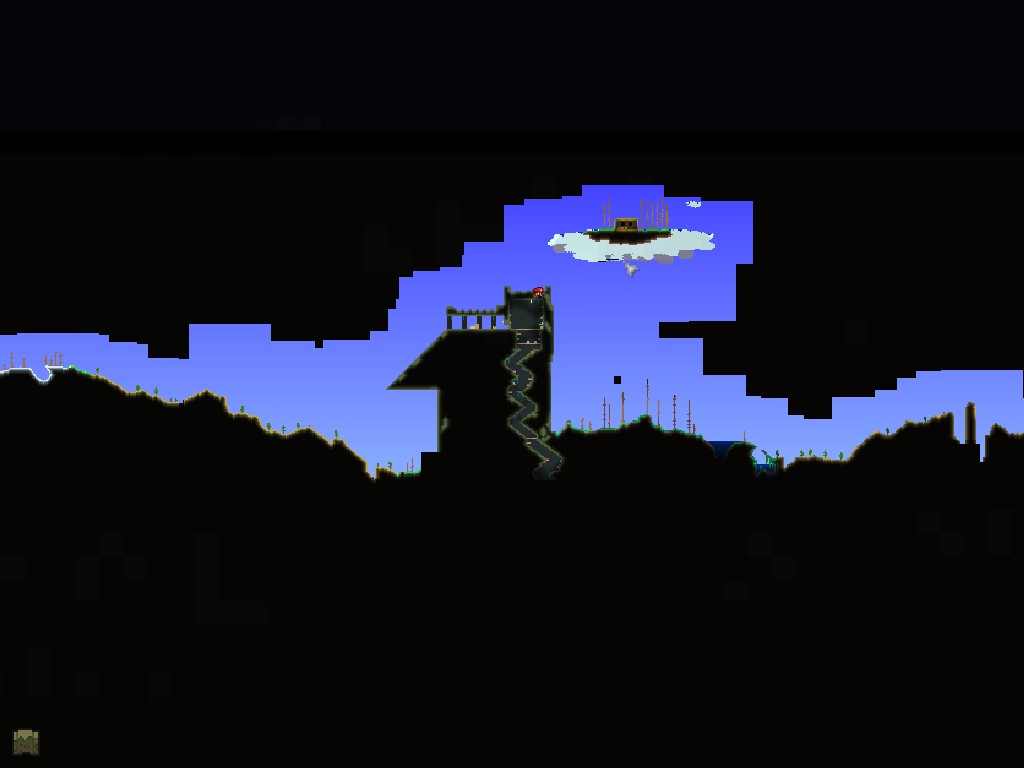 mariox222 said:
Under sea...
And i though mine was weird
First case was on large world
Click to expand...

At least there's water to save me from fall damage, right?

Sometimes I wish you could view the world as it was generating to see what the hell world gen is trying to do. 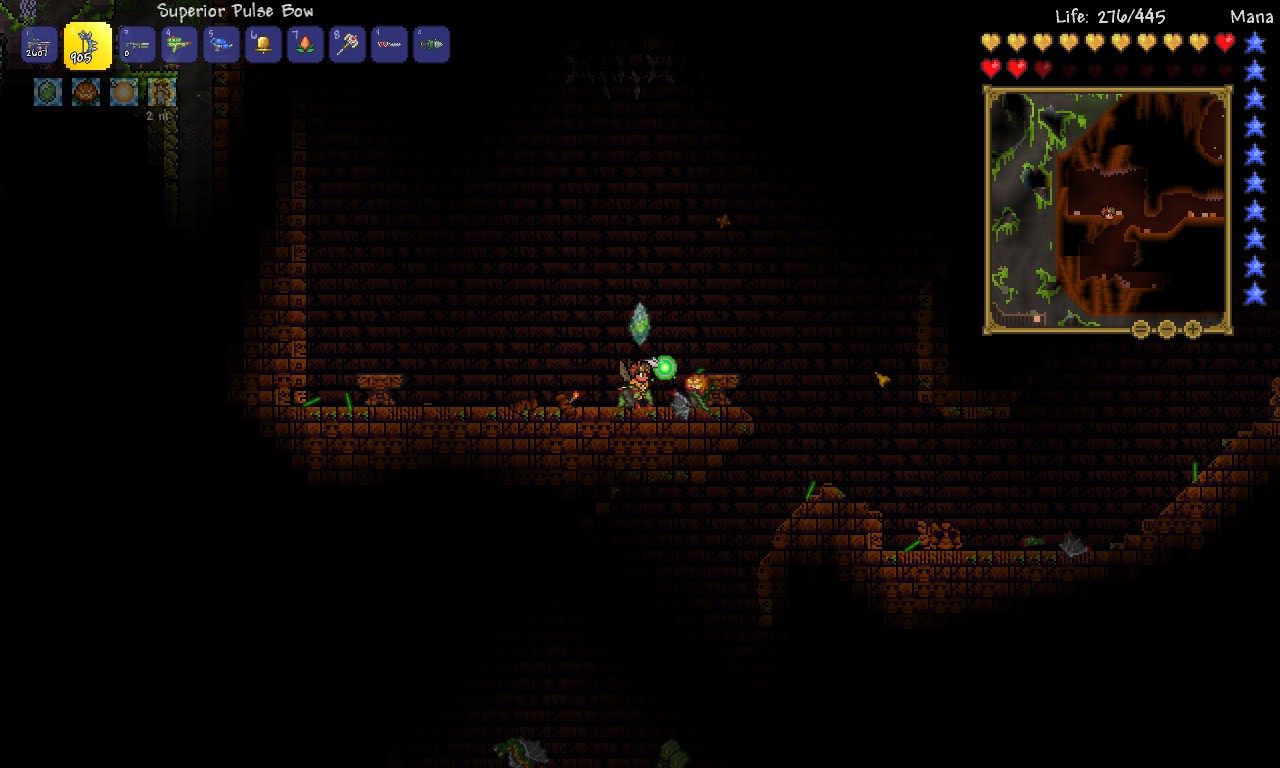 its the lihzard's dining room.

FoxyRodentz said:
terraria edit? dont thinl so. i was looking for a lava charm thats all. plus i dont even know how terraria edit works.

Also, i just found this and i havent touched it:
View attachment 8808
Click to expand...

What's odd about that?

I haven't had crazy cases of world gen, although I keep questioning my worldgen and it's quality decision making. Those are more or less minor things. I don't have images available for all of them, but I can describe some of these cases (I also didn't read all the posts here so there might be some dupes):
-two beehives merged together, allowing for a fight against two queen bees (without too much walking or summoning item)
-the tip of the pyramid-style top of the dungeon was visible http://i.imgur.com/yyhjuLR.jpg
-an underground cabin spawned halfway inside the lihzard altar room. The chest was inside the altar room so I couldn't reach it at first. I think it happened twice in this world. The ceiling was also low enough to trap the head inside the ceiling
-ran around at the surface of my fresh-baked large world. Found a floating island by walking (never happened to me on large) and a jungle-crimson mesh which goes on for 200x200 blocks-ish. It's interesting too look at, although I should take care of it
-once I entered hardmode (i even have a picture for this one), hallow replaced half of one of my crimson biomes. I proceeded to cleanse the other half: http://i.imgur.com/3HIu6ml.jpg (did more since then)
-I think that the underground should start using mutliple colours of wire. This could've ended badly, and only because worldgen hates me http://i.imgur.com/Rj9MLeV.jpg (there were 3 pressure plates at each of the wires' ends and the little clutter below the boulder)
-the entrance to the lizhard temple was flooded with lava, making unlocking the door a difficult task
-triple crimson heart http://i.imgur.com/UhNECks.jpg

The most oddest world gen i had was a bit ago which involved having the dungeon spawn with the rainbow gun in a wooden chest in it. I was pretty much like whaaa

Shadowknight said:
The most oddest world gen i had was a bit ago which involved having the dungeon spawn with the rainbow gun in a wooden chest in it. I was pretty much like whaaa
Click to expand...

my world spawned with an unlocked crimson chest, and i spent hours trying to get the key mold and then found out it was unlocked

I I've been in a fair share of world and I've never seen an alter spawn in a dungeon like this.

Trixie Lulamoon said:
I I've been in a fair share of world and I've never seen an alter spawn in a dungeon like this.
Click to expand...

Idk what's up but ever since the 1.2 update the spawning algorithms for Corruption demon alters has been high on meth.
Crimson, on the other hand, is perfectly normal.

twice I've had worlds where the dungeon floats on a hill

I've seen a chest in case 4 outside of the temple, as for the others thats pretty weird.
Also, i've seen a living tree's roots in a cave right under it. Does that count?

None of the images are showing up for me /:

Ghetto_Sloth said:
None of the images are showing up for me /:
Click to expand...

Clay Dragonfruit said:
Possibly a world generation bug, but one time I found a aboveground 4-story dirt hallway.
(Don't have any images though.)
Click to expand...