What was your most satisfying achievement in gaming?

Nisper said:
Learning dwarf fortress.(really guys it's like playing all dark souls games at once with guitar instead of controls and not dying)(don't listen to these guys saying it is easy)
Click to expand...

Has anyone ever accused Dwarf Fortress of being easy?

ManaUser said:
Has anyone ever accused Dwarf Fortress of being easy?
Click to expand...

The ones that learned it and that play it.

Nisper said:
The ones that learned it and that play it.
Click to expand...

Not in my experience. Though it can certainly have dull spells when nothing much is going on.

Completing the purity forest of Pokemon Red Resque Team,
finishing a Metroid Zero mission 15% run.
And completing Metroid Prime 3 while my Wii was in it's dying state.

I'd probably a few more, but those are the ones I can remember now.

Oh, now I will update it.

ing hours), fishing (why idk) and all Rare Games (ugh).
Actually bothered to finish Undertale Genocide. (it's not like I'm sad cause the deaths, it's because the final boss is so difficult).
(GDash) Finishing Theory of Everything 2... in Practice.

Minecraft achievement: I Am A Marine Biologist

Blood Crawler said:
Beating a hard geometry dash level
It's always satisfying to beat a level that you spend many time on

"A Monument to All Your Sins" in Halo Reach, which means you need to beat the game on legendary... by yourself.

Or all 6 of the vidmaster achievements in Halo 3 to earn that sweet, sweet recon armor. 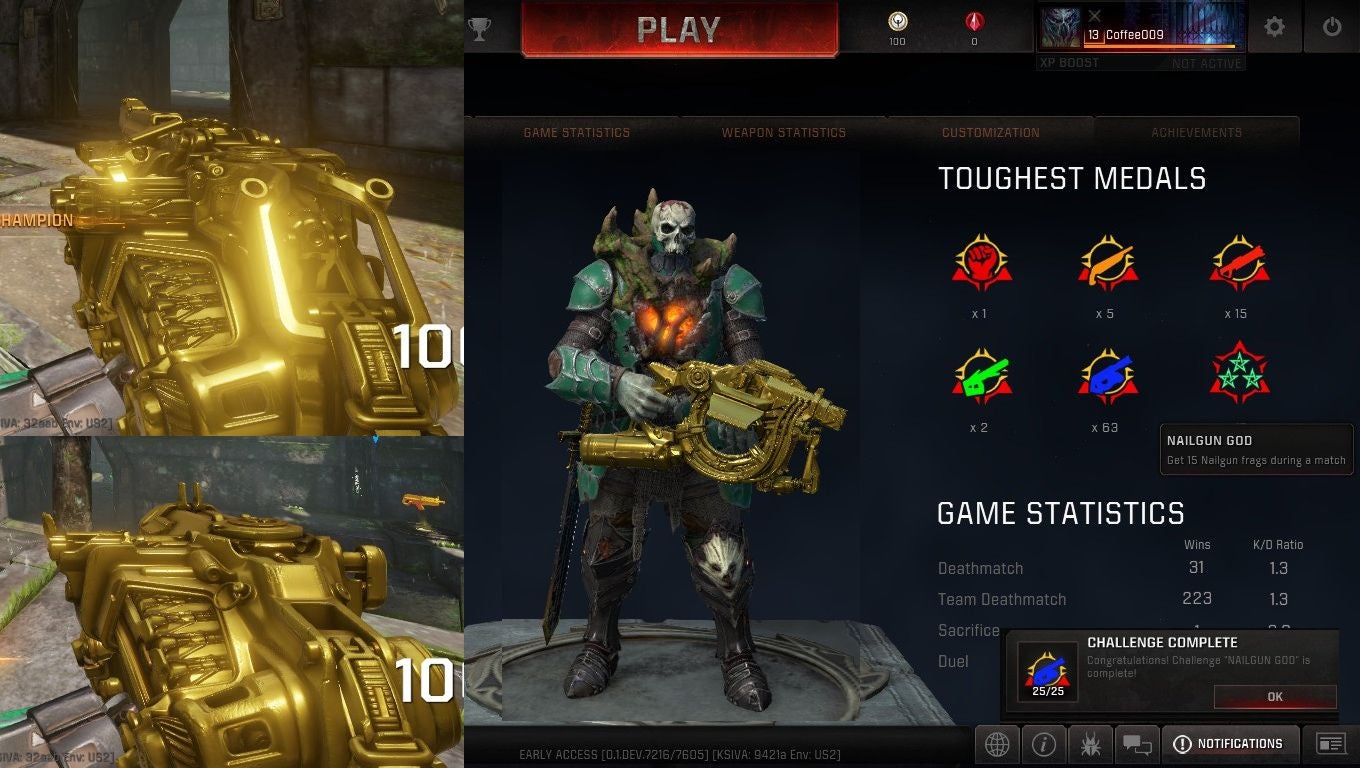 I managed to...
...and I think that's it. I've yet to make it to Elite 200 (Beat Hazard 2 thing too), but with my 'ol trusty module-upgraded Magnetic Wall of Death, I'm sure I'll make it, even if it takes a few months.

Beating every shrine in BotW.

The latter didn’t feel as satisfying due to my rage levels at that challenge.

I Was Hilariously Underprepared For The Dragon King In Trinity: Souls Of Zill'Ol, And Still Beat It. I Was Around The Mid 50's, And When It Came To His Second Phase, Dagda Was The Only One Alive For More Then 10 Seconds At A Time. Still, Somehow, Beat Him First Try.

beating Rabi-ribi on Hell mode... I'm not sure I'm good enough for Bunny Extinction though...

Getting the "Floor is Lava" Achievement in overwatch. Took me many hours but i finally got that lucio spray.

Beating the final mission of OG Spellforce 2, beating an Undertale genocide run, being my first true bullet hell game, and probably having enough guts to even pull that out.

Also advancing a lot earlier than I thought I could in Age of Empires II. As for now, I can go to Castle Age in 18:30 (even if it was as Huns).

Beating Moon Lord the first time with a strategy that should be counter-intuitive (circling around ML like a madman).

And of course finishing games ranging from hack n' slashes like Diablo, by Action RPGs like Secret of Mana, by shooters, to RTSes and all routes of Undertale, to sandboxes (Starbound n' Terraria), and even Dead Cells I've done.

Being jack of all trades doesn't mean I can't be master of any ^^.

Beating theory of everything 2 V2 in under 500 att in GD.