I'm here to share a world I created 3 years ago.
I had copied (or "moved") the whole castle from Castlevania - Aria of Sorrow, the most popular GBA Castlavania game, to Terraria. So this is a world for those who are a fan of this Castlavania game.
My purpose was to reconstruct the exact same castle from AoS in Terraria. So all I did was trying my best to build the exact same scenario from AoS.

Note that the project was built in the 1.2 verson. I didn't rebuild the castle after ver 1.3, so no new blocks or walls from ver 1.3 will be found in this world, though they might be more suitable for the purpose of reconstruct.

Here are some demo views 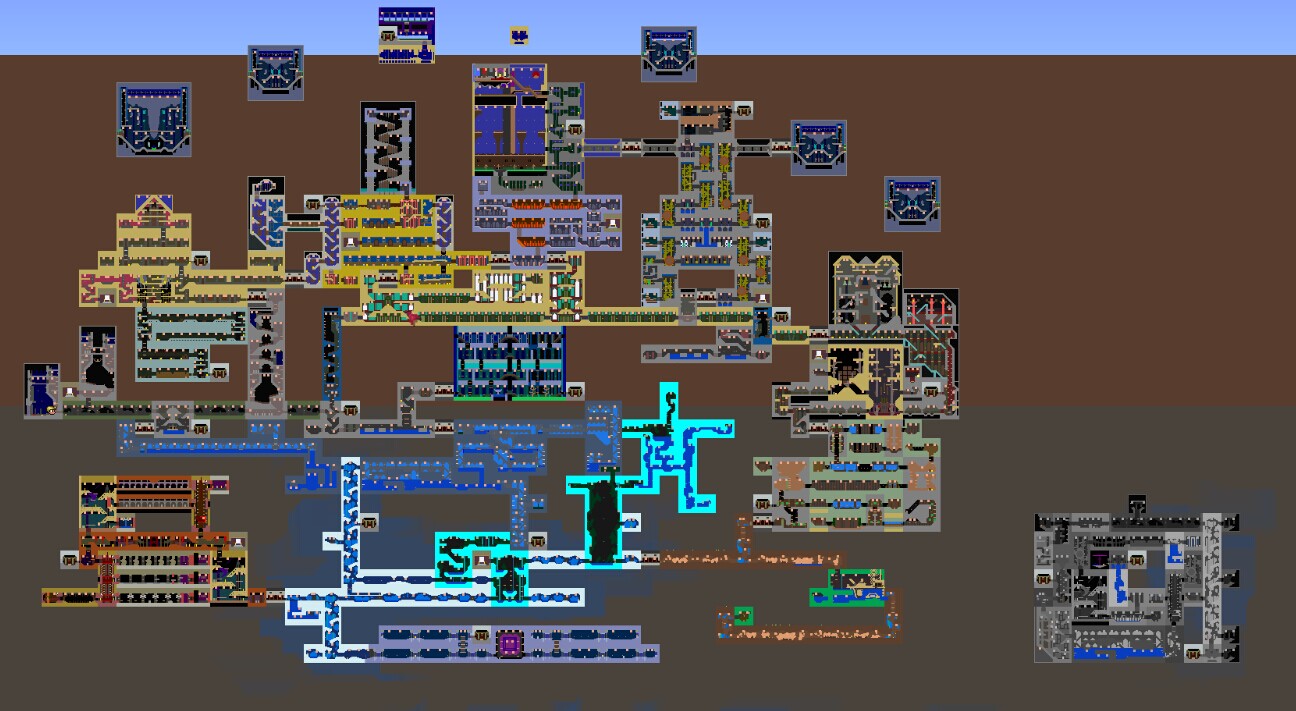 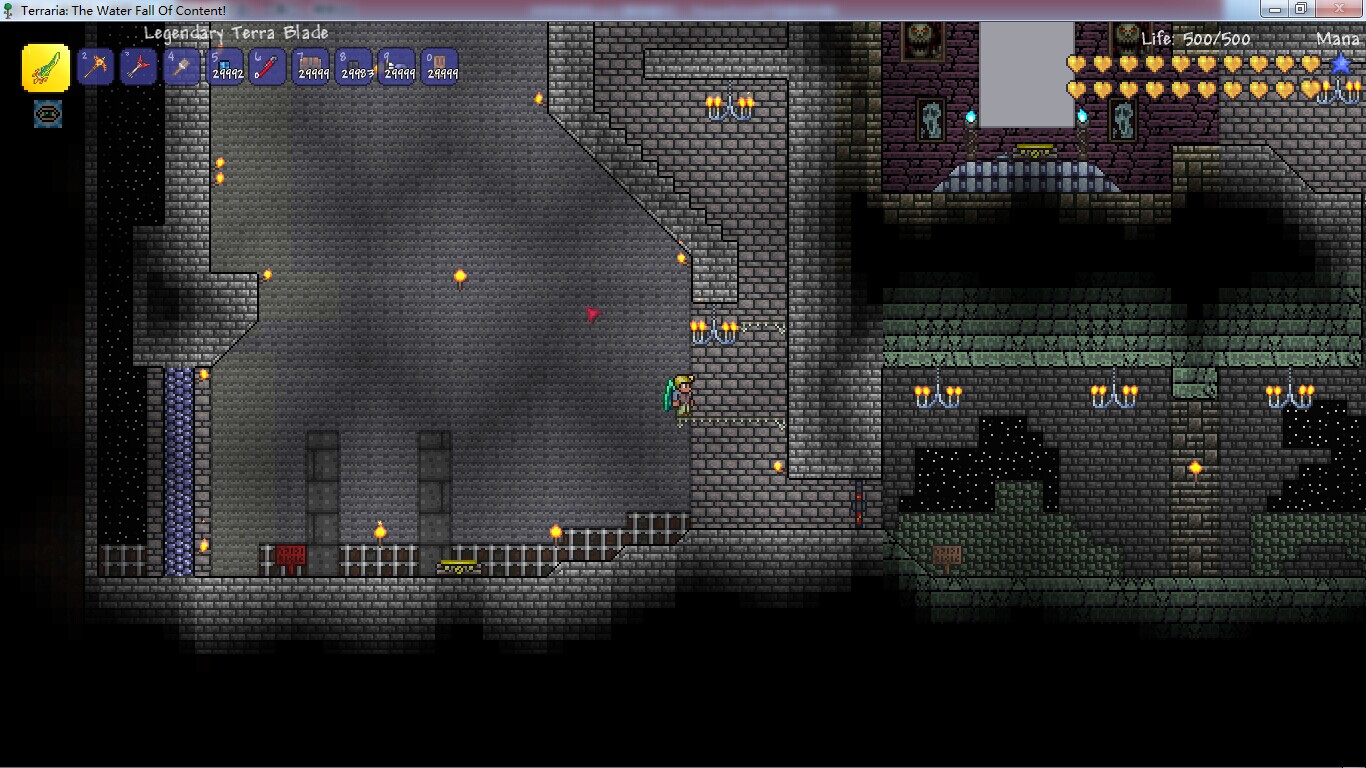 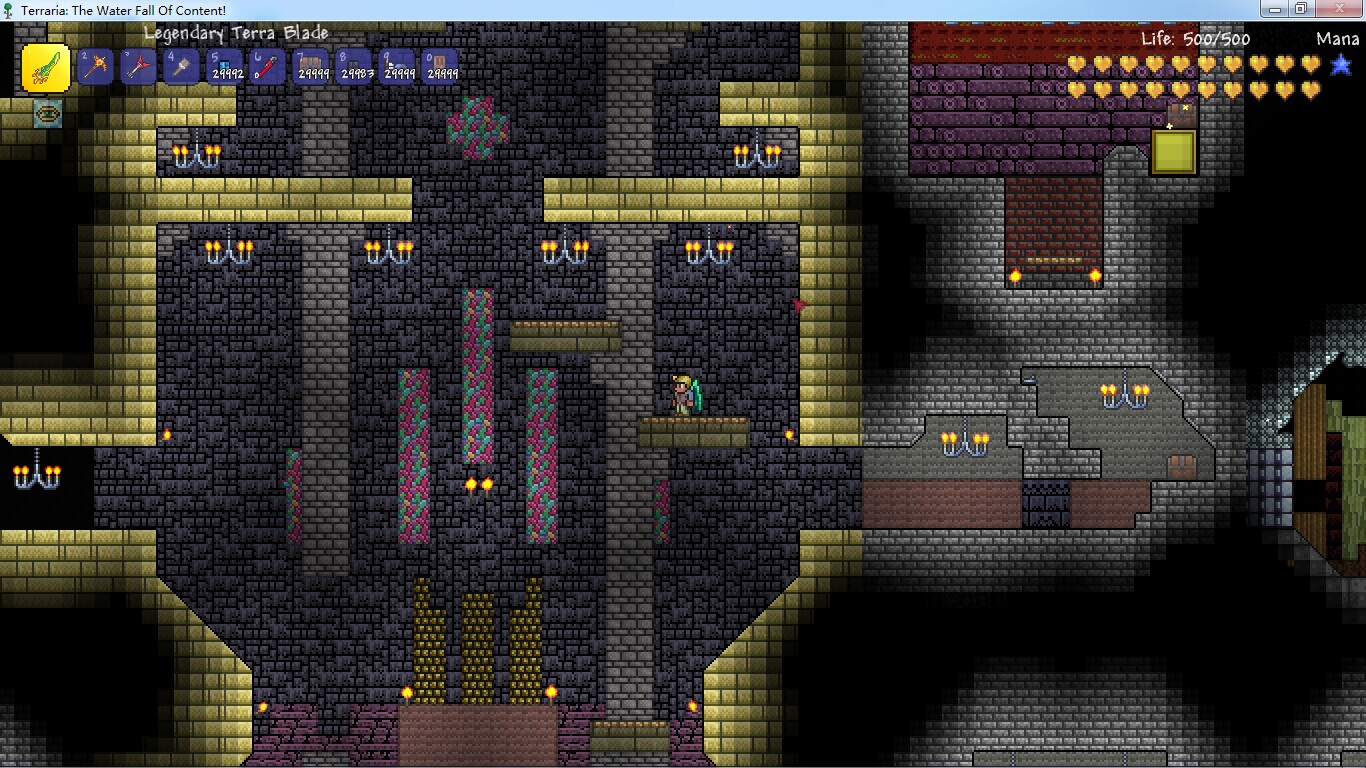 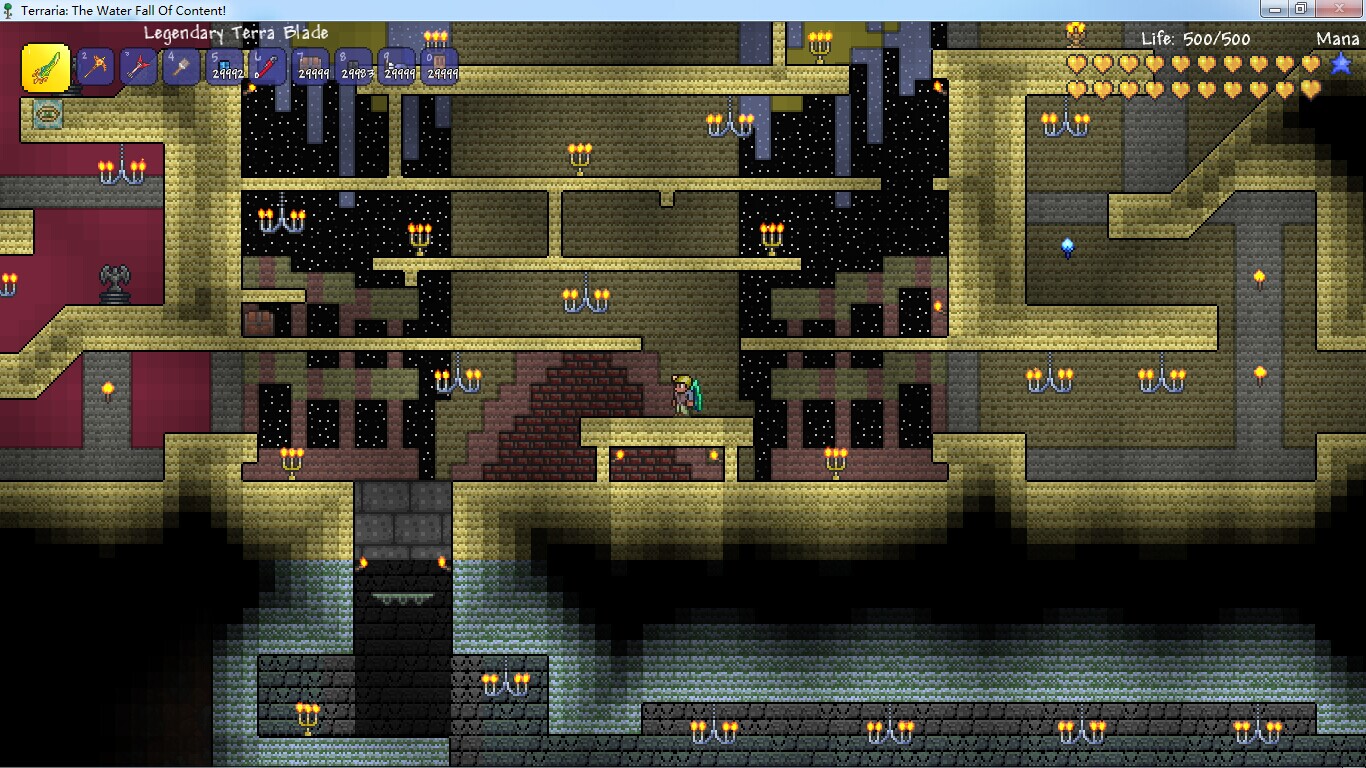 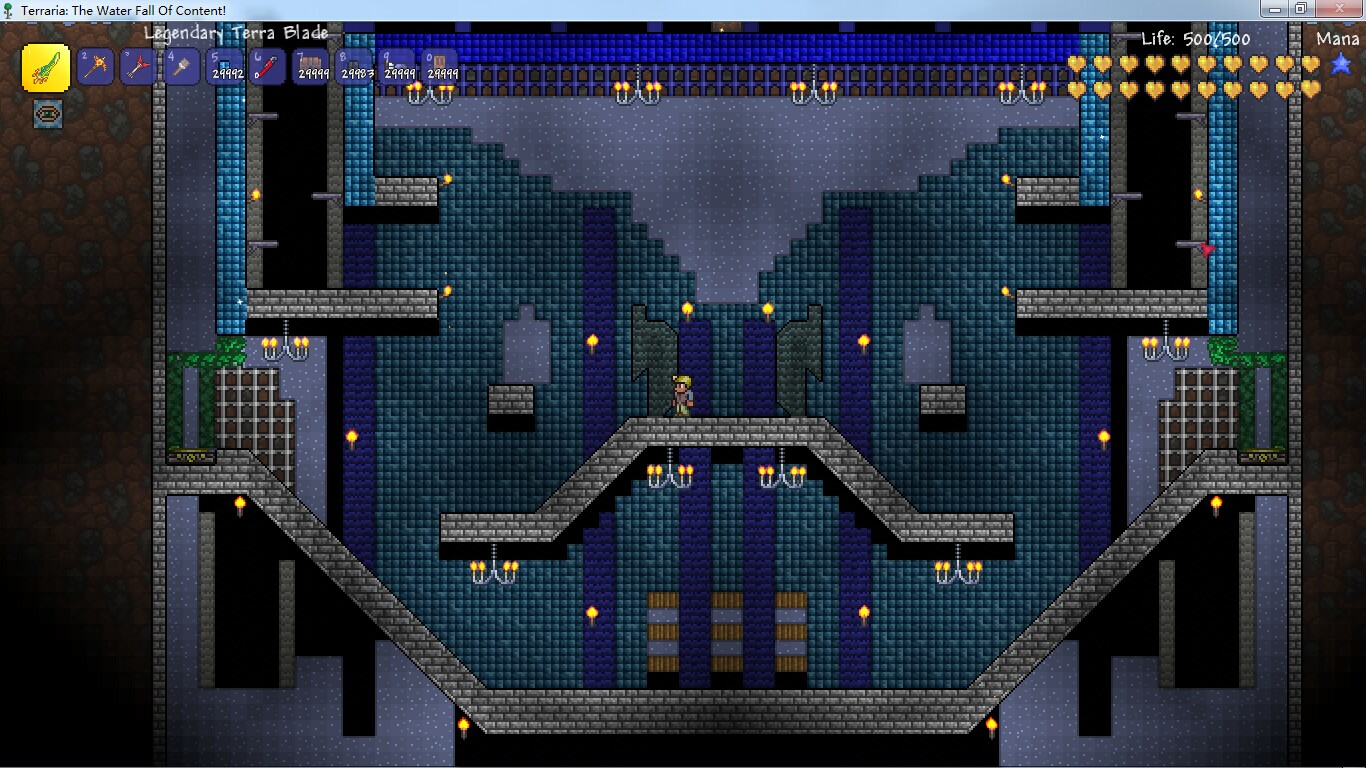 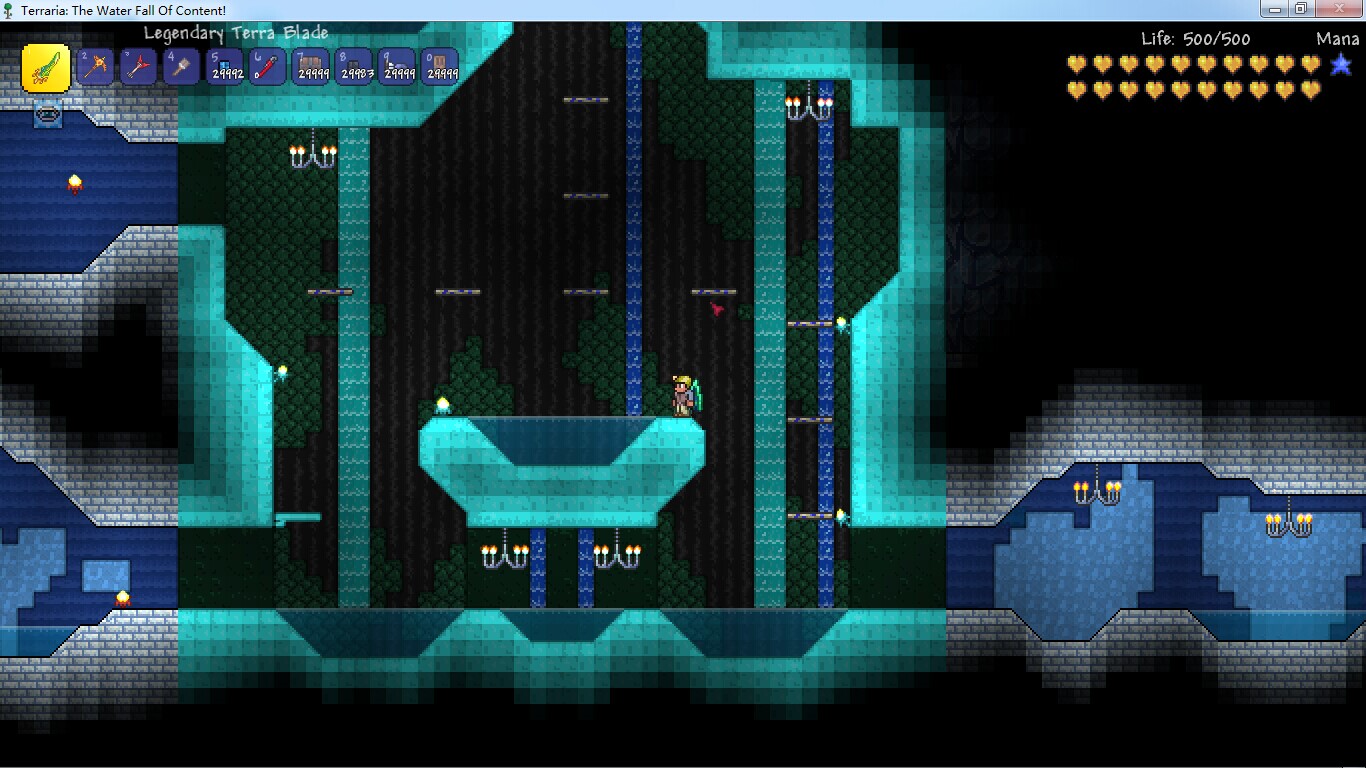 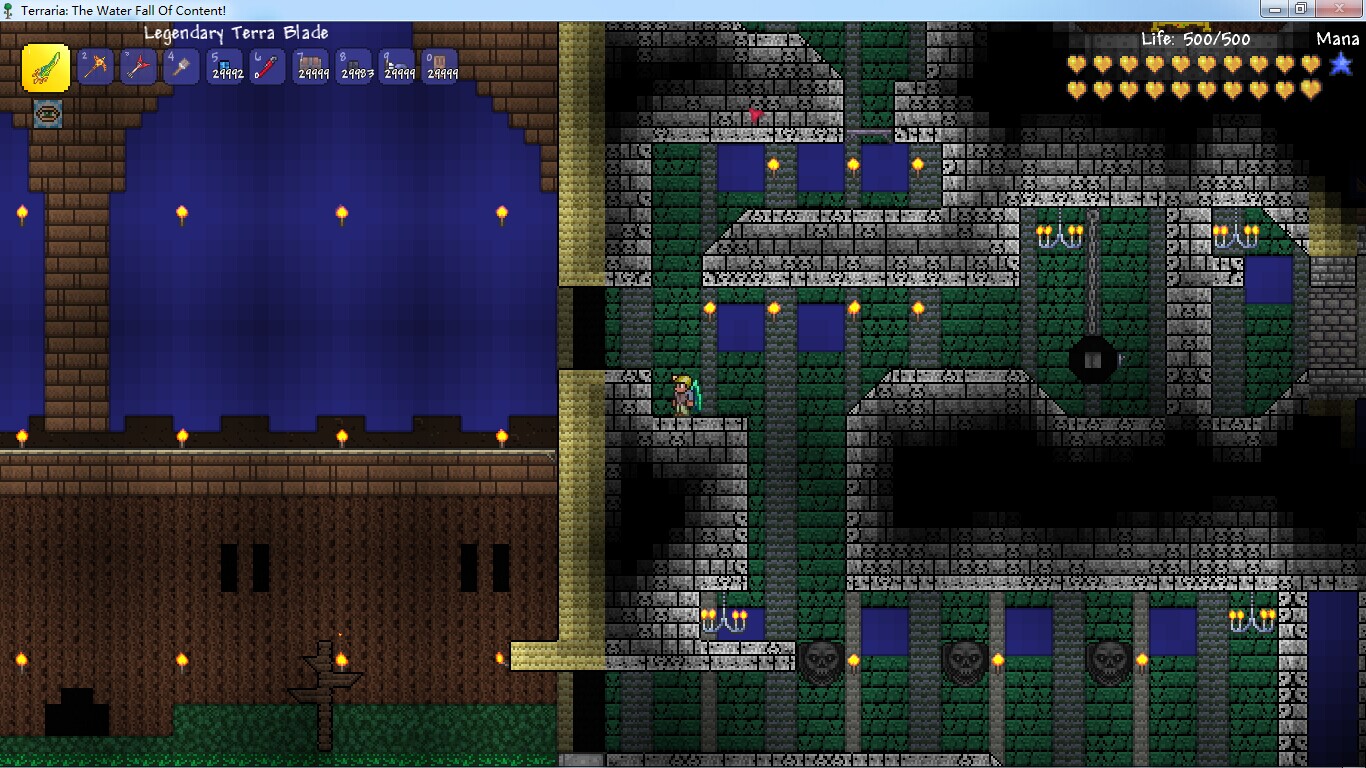 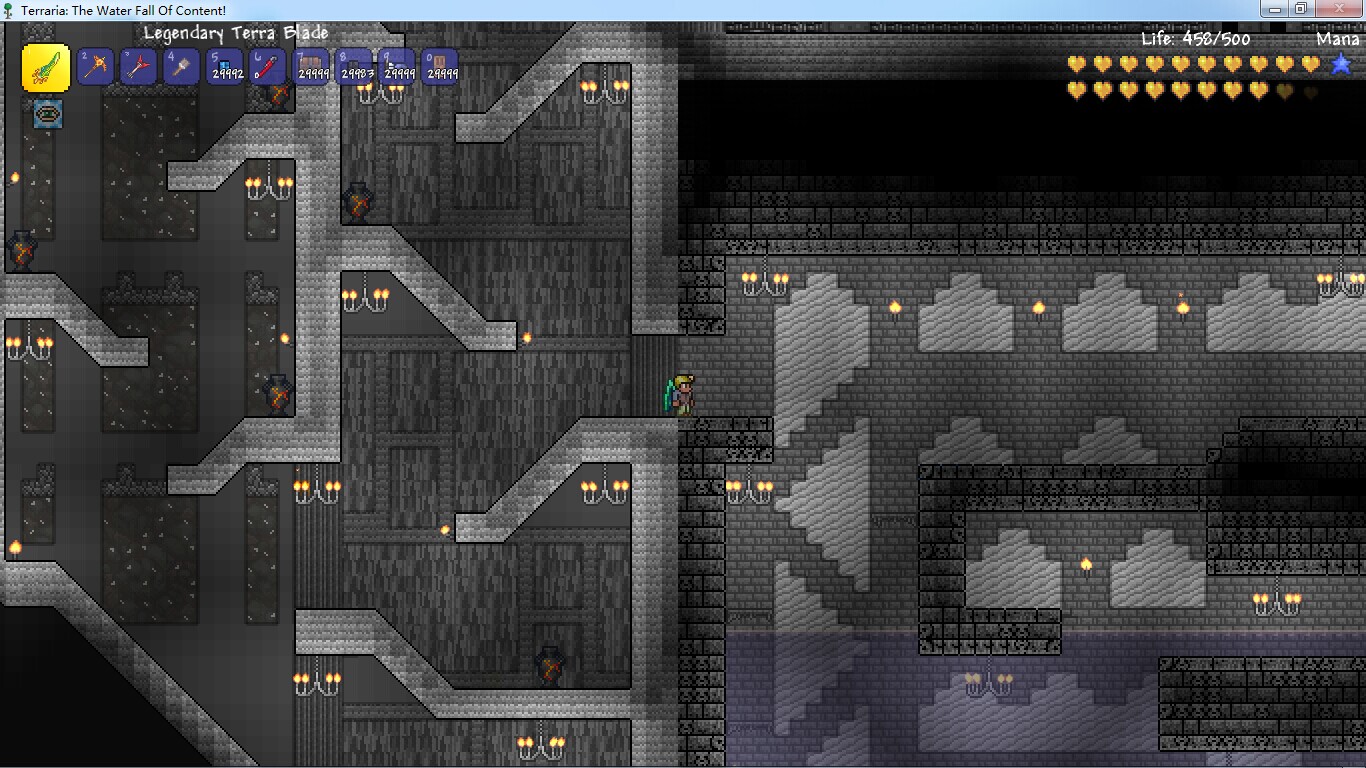 The castle is 100% complete. I just didn't take a screenshot for every realm of the castle.

There are some weak points:
- The whole castle is manually walled, so no lights will be able to get in. In order to provide lights, I had to put many lamps and torches throughout the castle, which cannot be found in the original game.
- No mobs can be found, obviously, since the castle is full of manual walls.
- Some special mechanics from the original game can't be seen here.

Other than what's listed above, the castle is extremely like the original one from Castlevania AoS, including game walkthrough.
I have put a chest on every location that has an item, soul or gold from the original game. So if you create a whole new softcore character and enter the world, you will be able to go through the castle in the exact same way as you can do in the original game. During the walkthrough, you will get Cloud in a Bottle (for double jump), Jellyfish Diving Gear (for entering water), Bat Wings (for flying), even a Temple Key to open the gate to the Chaotic Realm.

Hope you like this world, 'cause I'm a real fan of Castlevania and Terraria!

This is amazing! Are you on Steam?

AlexanderStarship said:
This is amazing! Are you on Steam?
Click to expand...

Wow this is a really great creation!

Awesome! really amazing creation! it's looking so good.
do you mind if i cut some parts of your map to make a Arena for a PvP Map? its incredible! it would be a great Arena.

the picture previews are gone, please update that, cuz i love castlevania/igavania stuff, and i would like to see the map/previews of the world before i download this.

Guilly The DigiDerp said:
the picture previews are gone, please update that, cuz i love castlevania/igavania stuff, and i would like to see the map/previews of the world before i download this.
Click to expand...

It's legit. I just plunked it down into my Worlds folder and went to town on it. It's pretty decent. Check it out! I absolutely loved Aria of Sorrow as well.
You must log in or register to reply here.
Share:
Facebook Twitter Reddit Pinterest Tumblr WhatsApp Email Link
Top Bottom