Hey guys. My first thread on here. Wondering what y'alls favorite anime quotes are. I'll being adding mine here while posting that I've added something.
From Soul Eater : A sound soul dwells within a sound mind and a sound body, as it always has been.
Last edited: Nov 12, 2014

Welcome to the forums. Please include relevant content in your post when creating a thread, such as, in the case of this thread, including your favorite quotes, or your thread could be locked.

Jeckel said:
Welcome to the forums. Please include relevant content in your post when creating a thread, such as, in the case of this thread, including your favorite quotes, or your thread could be locked.
Click to expand...

okay, sorry ^_^ gonna do that as soon as I can. can't do watch my shows right now to copy them.

"Finish 'em off with FALSE SWIPE!"

"If violence doesn't solve all your problems, you're not using enough." - Largo, Bubblegum Crisis.

"I was defeated... By flying penguins..." - One of many rivals of the good guys in Inazuma Eleven. It's only made more "WTF" inducing by the fact they're playing football.

"So, where is your future now?" - Kenshin Himura from Rurouni Kenshi, after a guy boasted about his "weapon of the future" (a chaingun, back in the late 1800s,) and killed several ninja, but then was screwed by a kunai stuck in the ammo 'chain.' Cue much pain.

Possibly the best scene in Ranma 1/2:

Ryouga: *After accidentally cutting Akane's long hair with one of his flying bandannas, while fighting Ranma.* Go ahead, take your grief out on us.
*Next scene, a very beaten up Ryouga and Ranma are standing there, looking miserable.*
Ranma: She did.

Lina: Which side are you really on? Ours or the enemy's?
Xellos: Yes.

Nanoha: You say I'm a devil? I don't mind. It just means I'll have to use my demonic powers to get you to listen to me.

Vita: *After finally reaching the enemy ship's core, which she has to destroy, she finds it has a defense system with enough turrets to bring down an army. She's bleeding from a hole in her stomach, tired after facing a horde of enemy robots, and knows no help will arrive, since her allies are all busy. Basically, she has little chance to make it out of it alive, or to even destroy the core. What does a badass magical girl say in such a situation?* Bring it on.

changed the op. added a quote.

Too many good quotes from Berserk but this one had an impact:


"It is my perception that a true friend never relies on another’s dream. A person with the potential to be my true friend must be able to find his reason for life without my help. And, he would have to put his heart and soul into protecting his dream. He would never hesitate to fight for his dream, even against me. For me, a true friend is one who stands equal on those terms." - Griffith (Berserk)​
and...

"Why is the wolf always the bad guy?" - Ame (Wolf Children)​ 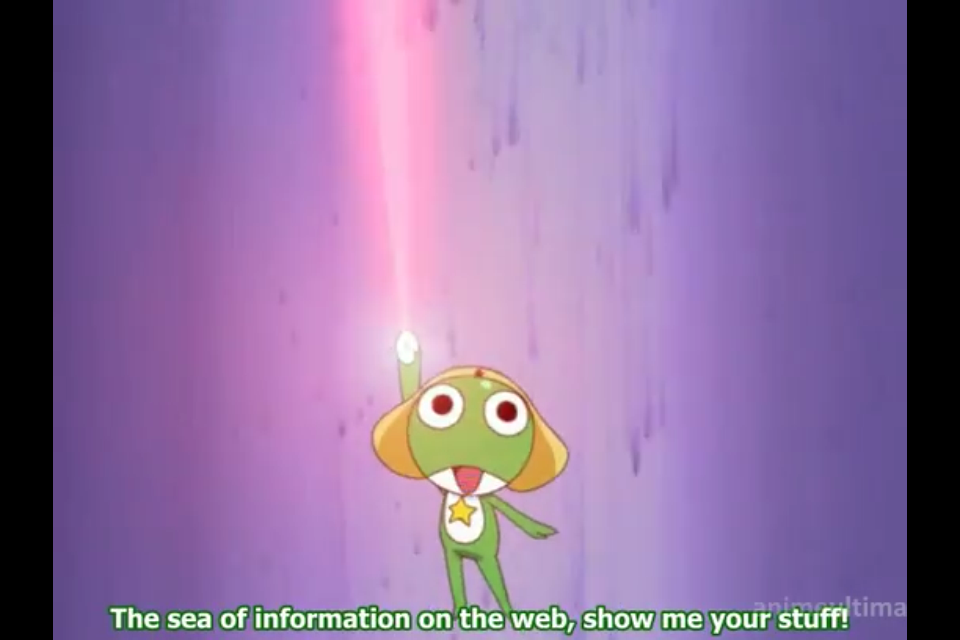 "If a king doesn't lead, how can he expect his subordinates to follow?" (Code Geass, Lelouch)

"Do you know why snow is white? Because it forgot what colour it was." (Code Geass, C.C)

"There’s no hope on the battlefield. It has nothing but unspeakable despair. Just a crime we call victory, paid for by the pain of the defeated. Yet humanity has never recognized this truth. And the reason for that is, in every era, a dazzling hero has blinded people with their legends and prevented them from seeing the evil of bloodshed. The true nature of humanity has not advanced a step beyond the Stone Age." (Fate/Zero, Kiritsugu)

My favourite is from Steins;Gate. Just a moment which makes you go "wut" and pause the video. Emral said:
My favourite is from Steins;Gate. Just a moment which makes you go "wut" and pause the video.

I think it's a meme on 2chan or something, meaning something along the lines of "This is hopeless if we don't do something soon" and in the anime it's proof that's she's a 2channer. Not sure though, only now looked it up myself.

Actually, as it always happens when a group either dubbing or subbing tries to go for localization instead of proper translation, that meme isn't even close to what the girl says - haven't watched the anime, but I've heard a lot of complaints about how fansubbers failed there and in other scenes.

See also "people should die if they're killed" for examples on when you know a fansubber/dubber needs to quit while they're sort-of-winning.

"Once again, I have cut a worthless object." - Goemon Ishikawa XIII, Lupin III

This just isn't the same without the audio