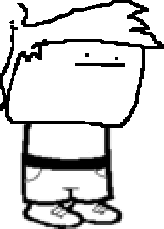 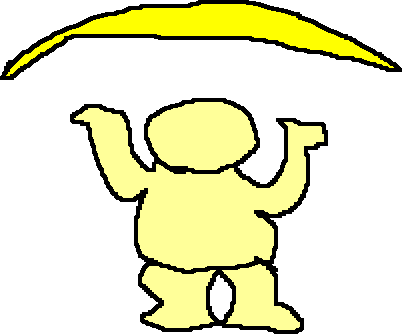 fixed bug where the world generates without lava everywhere

Fixed bug where blocks would generate in the world

Last prism takes no mana, but instead takes HP

All magic weapons now take HP instead of Mana.

New Event; The worlds of Terraria and Overwatch have been opened to each other which results in a brand new Terraria-Overwatch crossover!

Now the Moon Lord will somehow know if you are watching a series (Anime or western) that you haven't finished yet, and will tell you ALL the possible spoilers on death.

TMB50 said:
Now the Moon Lord will somehow know if you are watching a series (Anime or western) that you haven't finished yet, and will tell you ALL the possible spoilers on death.
Click to expand...

whoah there calm down Satan

Terraria now has an anime that you can only watch in Terraria.
Y

1. Every time you kill an enemy the world completely resets itself

2. The moon lord will shoot the player with water gun streams instead of Phantasmal Deathray, spawns guides instead of True Eyes of Cthulhu, and has only 1 health.

3. All blocks are replaced with dirt.

4. Terra Blade does 3 damage and shoots chickens instead of Terra Beams.

5. All enemies destroy blocks in their path.

Fixed a bug where the game actually worked

The update that made Terraria great again and made everyone like it even more!

2. Buying from NPCs now costs real money. If you don't pay up, the Guide goes berserk and kills all of your NPCs, then all the enemies and critters, destroys the world and then kills your character and deletes all your world files and uninstalls Terraria, effectively ending your Terrarian life.

3. Everything sold by the Travelling Merchant is made in China.

4. Anything said in chat is converted to say "Moon Lord Has Awoken!" and will summon a Moon Lord.

5. Whenever a block is placed, 8 other random blocks are placed around it. Likewise, when a block is destroyed, the eight surrounding it are also destroyed, but you get nothing from those blocks.

6. Trees must be cut down one block at a time with a Golem Fist.

7. Fixed bug where weapons did damage.

10. Banners now cause the corresponding enemy to quadruple it's spawn rate (no matter the biome) and triple their damage.

11. All enemies have the Chaos Elemental AI.

12. Any enemy can randomly turn into a Medusa.

15. Fixed the bug where enemies and bosses dropped items.

16. Any NPC that says a quote about damaging/killing you will actually damage/kill you.

17. Fixed the bug where crafting stations were usable.

18. Fixed the bug where blocks were mineable.

20. Players have a chance to spontaneously combust, deleting their entire inventory and resetting their health/mana. This happens 3-5 times an in game day. All player placed chests are cleared too.

21. Rockets and Bullets now home in on the player that shot them.

22. Consumables are now actually consumed by the player, leading to choking, explosions, and death.

23. Fixed the bug where the Goblin Tinkerer gave the player good reforges.

25. If the beach ball, now susceptible to projectiles, is hit by a projectile, it will violently explode, destroying all blocks within 100 blocks of the player and deleting their character.

26. Removed walking from the game. You can only now stumble around the world with any pair of boots. Old shoes count as boots.

27. Fixed the bug where the game was playable.

28. The Bone Key now summons an actual Dungeon Guardian that one shots the player.

30. Dirt Rod now acts like the Rod of Discord.

That was a lot!

The Team Cable update:
• Cannot connect to third-party servers by default.
• Connect via IP for £5 per month.
• Host your own games for life for only £20 per world.
• Join your friends' servers for £10 per month.

1. Added new boss: Yo Mama. Summoned with suspicious looking lunchbox, which is crafted with twenty dirt, a lot of luminite, and 57.5 meowmeres. When summoned, she has 2 HP, but does 2617482 damage. Throughout the battle, she tells you to scoop the dog's poop and to clean up your room. She drops dirt.

2. The water in the ocean is replaced with bread. Bread is now everything in Terraria. When you summon Duke Fishron, he will now be Loaf Breadron. He will be a loaf of bread with wings that one shots you and continues to destroy the world until you kill him, 1 HP at a time. He has 5700000 HP.

3. Armor now provides no defense and just makes you slower, and is no longer removable.

4. Instead of Moon Lord dying upon death, he rather grows legs and becomes Cthulhu, who is actually made of bread. When you kill Cthulhu, he will drop bread, which can craft any item in the game.

5. Removed the bug where there were items in the game.

6. Bacon can now be crafted into Beef-Bacon-Terra-Cheeseburgers! Crafted with some Bacon, Beef, 50 Terra Blades, and a Cheeseburger, this weapon will place dirt that when stepped on, does nothing.

7. NPC's will close their shops at night to go to bed, making them useless at night. If you break into their house at night, they will attack you and call the police to arrest you.

Instead of being able to buy stuff from the traveling merchant he now sells cheap knockoff versions of the merchants
Items.

If there are no enemies on screen, Chlorophyte bullets home in on YOU.