N Terraria mod is a mod which implements a new and different way of playing Terraria.
For those who does not mind making the game longer and challenging by implementing levels and classes, or other extra things too, this mod is for you.
Note: The images in the thread are from Season 4 or 5.


> Compatibility version is out! It wont have many things from Terraria 1.4, but at least you can play Season 6 on it's installation. <

> There is no tModLoader version of N Terraria, but you can try those mods to add part of It's functions to the game. <

What about checking out my partner?
Get 25% off on your first month hosting a game server by using nakano15 code.

THIS IS NOT A TAPI AND NEITHER TMODLOADER MOD!!!
STANDALONE MODS HAVE IT'S OWN EXECUTABLE.
> You no longer need to downgrade your Terraria to run the mod <

*Version 61+19
*- The mod has now It's own copy of the fonts needed by the mod, aswell as will load them instead of the new Terraria fonts.
Click to expand...

This is the same Terraria everyone knows, but depending on how stronger your character is, the easier will be to face the challenges. 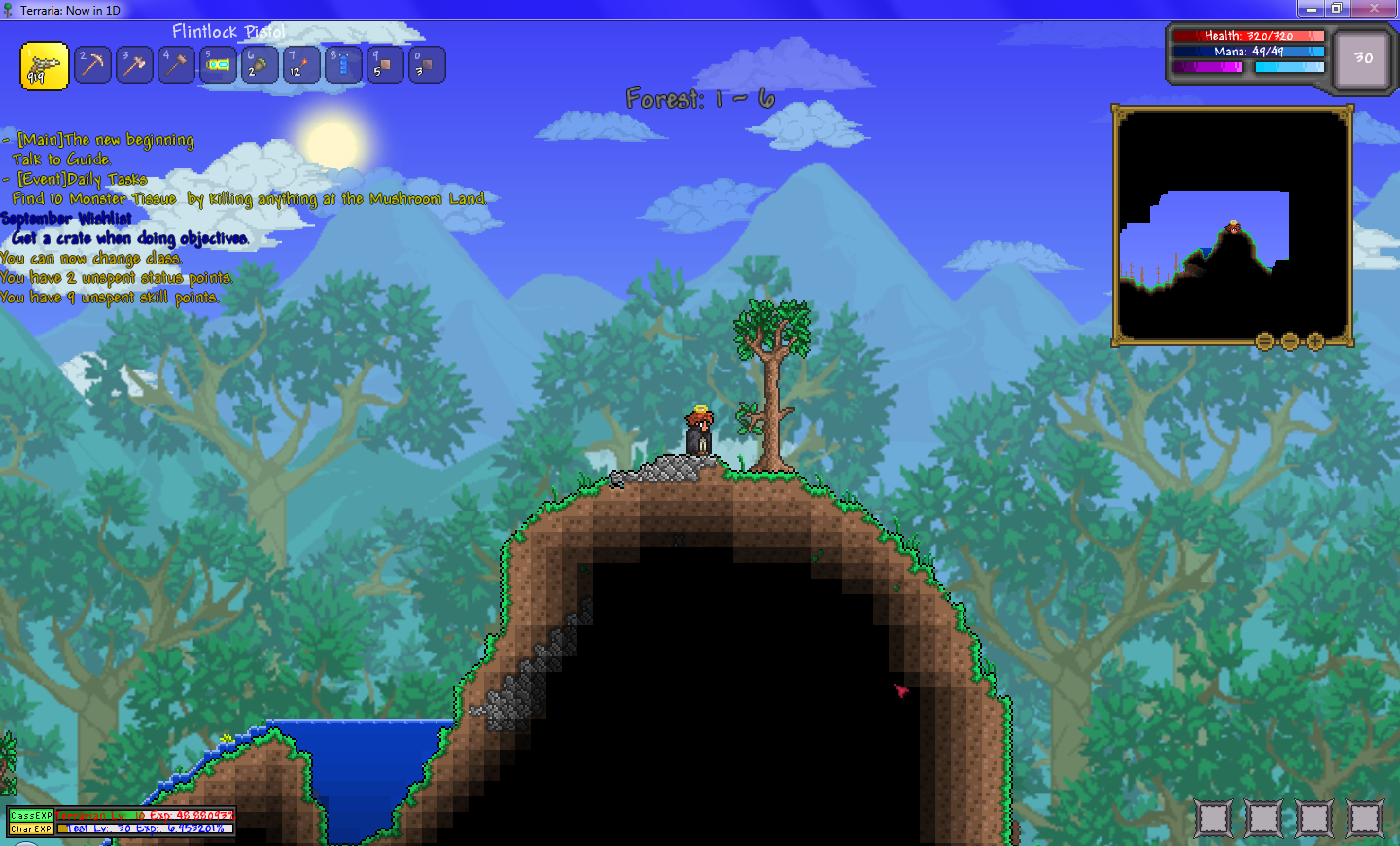 Also, if you do not want leveling or classes, but want to try the mod with the new stuffs it brings, you can switch to Action mode, but i'm not sure if it will work very well like old n good Terraria does, but if does not, just tell-me about the issue. 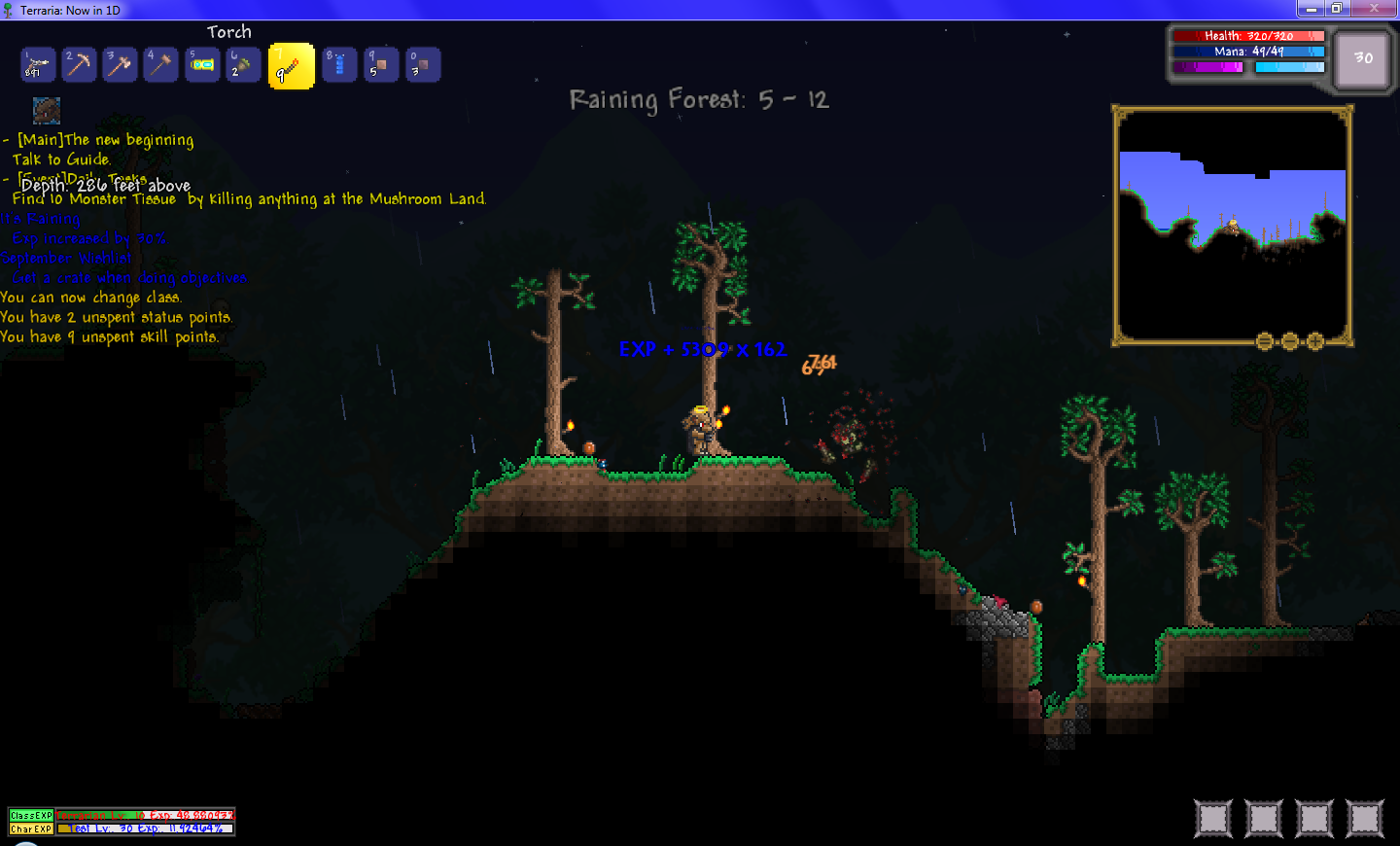 But not everything are flowers, the mod may experience some bugs, but worry not, we are looking for the solution of these issues.

You can get N Terraria on the link bellow.
Latest version is N Terraria 6+.
Runs on Terraria 1.3.0.8

​
I want to give a special thanks to all those people who helped the mod during all the way, be it by the feedbacks, impacting directly on it's development and even playing.​
I've just noticed that something was missing here on this page, which makes it feels incomplete, the credits to everyone who helped the mod, but since many people have actually gave their contributions, directly or indirectly, It would be a veeeeeeery long list, and also because I like a lot to address people on hidden subject, In any case, If you are reading this, most likelly you are one of those people.​
​
I want to say Thank you for all those years of N Terraria mod, be it on fun times, or even frustration times. The mod has evolved from a basic leveling system, into something so big that actually made Terraria be a RPG based game, my purpose with the mod was never to replace Terraria, but to increment Terraria with new systems, and also a new way of playing it,​
and so I've done.​
​
We got new equipments and items, we got Leveling, we got Classes, Races, Arcade Dungeon, Realms, Graveyard Biome, and several other things in the game, and when I were just beggining, you guys helped me, by making new equipments and weapons, races sprites and other things.​
​
This mod has grown so much, and got several things, but I've gotta say, after working on new Seasons, the mod started to lose part of what It offered, lost some of it's shine, even the custom items barelly were being implemented in the game, which is a crime modwise.​
​
I surelly will have to take the mod back to the tracks, and bring back to it the shine It had before, which made It unique, which was done with the help of you guys, Thanks for all your support, and satisfaction I needed, was that I've made people have fun playing the mod.​
​
Ps:. No, Development is not dead, just taking a break.​
​
​
Last edited: May 30, 2022

I tried this mod out before. It was amazing and really changes how you play the game.

We are back on the new forum.

This time the post seems a lot better then the other one, even with more details.

Amazing mod. Has some painful bugs in the endgame, but I'm sure it is not for long

Oooooohhhh yiiissssss.....
Now its on the new forums!
Gotta love this mod!

EDIT: Also I wanted to ask, are you going to implement those generating underground dungeons?

*sigh* Don't make me choose which spoiler to show you guys!

rangerofthewest said:
*sigh* Don't make me choose which spoiler to show you guys!
Click to expand...

Simple!
Don't chose, just show all of them!

It's not that simple, both are too epic to show at once.

Posting here, Because this is a whole lot better than the old forum And of course, fantastic mod with very few issues for it's size. Very Recommend.

Because you have failed to choose, the spoiler will be forthcoming later tonight. (Mainly because I am watching TV now)

I'm in the first page

EDIT:
Regarding recent post that Lihzahrd Mobs only gives 5xp, this also happen to Devil's Lair.
I test this when i'm level 80 with Goblin.

EDIT:
Regarding recent post that Lihzahrd Mobs only gives 5xp, this also happen to Devil's Lair.
I test this when i'm level 80 with Goblin.
Click to expand...

Was it on multiplayer server?

How could you... I would have chosen one of those two, but I had to buy my food, and well... get RuneFactory4!

And yes, this is a very neat mod. (Features bugs that will get reported many times!)

Will have to say that the bounty weapons are neat so far, got one blue sword, E11 (Super fast shotgun), RAILGUN!!!, and the Steampunk Cog rod that only be used as a whacking stick at the moment (but uses magic for base damage).

Well i didn't get to transfer my account to the new forums.

This is not just a new feature folks. This is one chunk of my massive mastermind plot that will be added to NTerraria over the next few updates. This is called "Elemental Abilities" - a new set of stats that grants abilities as they are increased.