They don't seem to be on the cafe's main floor. *Cough at the very hint I just gave, and I how I explain how they did not hear anything involving the fight.*

*Looks around for stairs*

You're going to probably be shifting some debris for a bit. But there are no stairs. I mean, wouldn't there be reverb or something that would foil my plans of saying they didn't hear that fight?

"Shoot. Did I get misled or something?"
*Looks around a bit more*

There's a trapdoor, which leads down, to a vault door. Don't question it. Just say government conspiracy shenanigans, and be done with it.

((You know what, let's just retcon Murph getting fire abilities. The rain hurting Murph was because it was acid rain, and the building was abandoned anyways; it could've collapsed with a few Megashark bullets if it's old enough.))

Murphmario said:
*Heads down it*

((You know what, let's just retcon Murph getting fire abilities. The rain hurting Murph was because it was acid rain, and the building was abandoned anyways; it could've collapsed with a few Megashark bullets if it's old enough.))
Click to expand...

((Well, but then everyone would get hurt because acid rain, and you would be torn by the guardians. And Timon'd not come to you.

Sometimes retcons aren't easy, accept the consequences, and let them shape your character.))

((Hmm... well, there's also the limited time solution I mentioned above, if it's possible to just do that.))

(Just do lava curse then.) 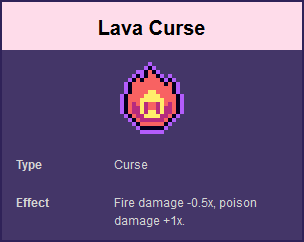 (Just do the less fire damage and more poison damage weakness thingo and be done with it or something. IDK, suggestion.)

Murphmario said:
((Hmm... well, there's also the limited time solution I mentioned above, if it's possible to just do that.))
Click to expand...

((Afaik all the Timon syringes that change elemental affinity are semi-permanent - the only way to change/remove it is by changing your alignment to new/normal.))

((My option would be still a trade-off. Lose the annoying alignment, but in turn gain another cripple and boon pair. Anyway, I think OOC ranting won't continue the plot.))
Last edited: Feb 21, 2020

((Yeah. I think maybe just inject Murph with a syringe that removes all elemental abilities.))

*Heads down the trapdoor*

(Alright, tell when you want that, and I could probably just do some randomness here.)

Vault door, and one last guardian, and it's the NULL.

"Tsk! You're with those people who really enjoy killing us? I saw two of your members just charge at one of our patrols, and kill them."
Oddly enough, their voice was... familiar, given Murph's identity.
"Well, I guess you're here to kill me. If that's the case, so be it."

The NULL starts the fight by aiming a laser at you, which indicates their intended target.

"Actually, uh... I have a message from Comedy and Tragity. "Remember the still winter", I think it was."

Edit: "Also, I... sorta burned down the cafe above. If you want, I could help rebuild it."

The NULL still fires the laser.
"Tragity. What the hell is a Tragity?"
(Goddamn it Murph. Tragedy. It literally shares the same end as Comedy.)

"Is this some sort of joke? ...How do you even know of those two? Are you... no, couldn't be, you wouldn't even recognize the uniform."