Terraria Coming To Nintendo Switch in 2017!

KobaltKookie said:
So, I'm not sure if anyone else is looking at this thread, but it is 2018, no Terraria for switch. Could someone reply to me when the new release date is coming? I hope it doesn't get delayed again.
Click to expand...

Best update is a few months after the hotfixes for PS4/XB1 are completed. They have said they will have more news about mobile and Switch soon. I think they plan on releasing both about the same time. By my estimates you're looking at somewhere around 3-6 months from now.

InstaFiz said:
Please tell me we’ll have custom button mapping when this comes out.
The ABXY buttons for the Wii U had different placement than the Xbox One, so this led to confusing and uncomfortable controls. It seems like this is the case for the Switch again (but at least the right thumb stick is placed lower), so I’d love to have custom button mapping.
Click to expand...

The 1.3 update on PS4 currently has remappable buttons.

This thread was started way too early. All that hype such a waste.

slightly unrelated, but i see that developers are commenting on things like this as if they have never seen it before
they probally know something more about these things

I'm wondering how the Switch will handle 1.3 on the go. I had the dream for the Vita version but alas Vita isn't strong enough to handle the power of 1.3. Switch will take up the task just fine

When terraria come to switch ??

Personally, I don't expect any concrete date announcements soon.
Because by now they should have gained experience from the way
their communication of the progress, of the recently launched 1.3
version for consoles, differed from the real progress they made.
They were very eager but most probably faced a lot of challenges
which were hard to overcome and led to delays.

I definitely prefer them keeping a low profile until they know
for sure when they can deliver the Switch version, instead of
raising unrealistic expectations.

I vividly remember all their YouTube videos from last year.
It basically went like this for months and months:

Waiting...Is there any WIP?
Q

You'll be lucky if it comes to Switch before the end of summer.
S

Proto Persona said:
You'll be lucky if it comes to Switch before the end of summer.
Click to expand...

Why is title of this thread lying

my face when terraria didn't release one switch 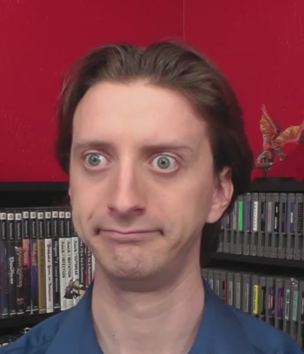 So, (not trying to be mean) when will we have a release date? We have recently seen the constant delays with PS and XBox one 1.3 update dates, so I am just unsure how you guys are going to tell us the new release date. Are you guys unsure or are you not going to tell us to save us the disappointment IF it does get delayed?

Once again not trying to be mean.
It may look like criticism, but it’s not. You guys made one of the best games of all time on console.

If you can, please give us a new release date. Even an estimate would be great.

The devs have stated they will start porting for the Switch and mobile after they finish hotfixing the PS4/XB1 versions of the game. I'd say you're looking at around 4-6 months from now at the earliest.

Proto Persona said:
I'd say you're looking at around 4-6 months from now at the earliest.
Click to expand...