A chill is in the air…Pumpkings are stirring…don’t look now, Terrarians, but something is creeping up on you! No, it’s not a Zombie or Blood Crawler….it’s the Second Annual Re-Logic Halloween Contest! 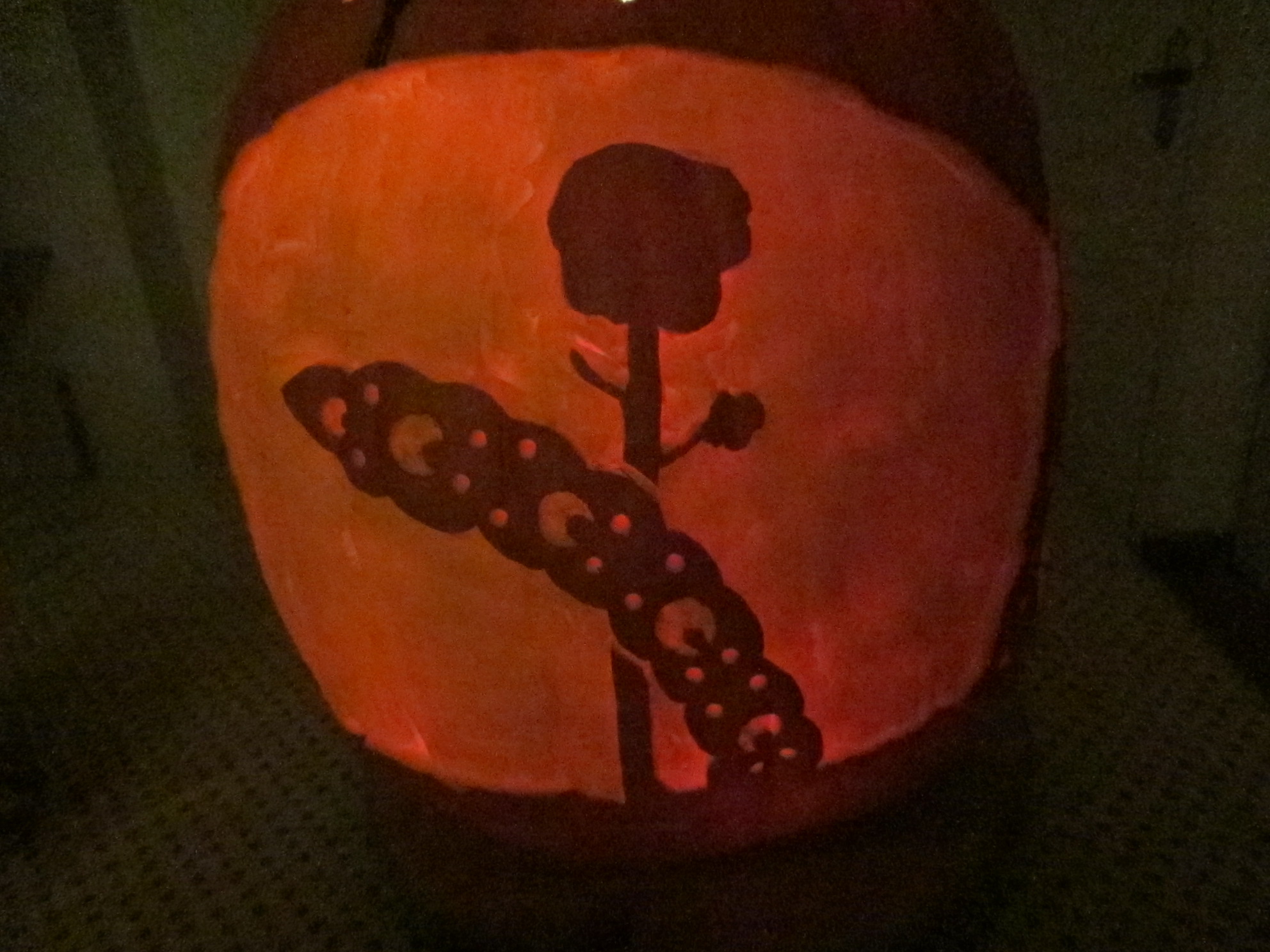 Our inaugural contest from last year was a smashing success, with pumpkin carving and costune entries that quite frankly blew our minds – and expectations – away! You can check out last year’s Pumpkin entries on the Terraria.org Media page. It is with great anticipation, therefore, that we announce this year’s contest.

For this year, we decided that with all of the additional in-game building tools now available across the Terraria universe (PC/Console/Mobile) due to various updates, the contest will focus on in-game builds. We hope this will be more accessible and thus pull in Terrarians from across the player base.

Without further ado, here are the specifics of this year’s Halloween Contest:

Format
In-Game builds across all platforms of Terraria

Categories & Prizes​
We will have three categories – each with its own set of winners – aligned to the three core platforms of Terraria: PC, Console, and Mobile.

In addition, so that everyone that enters has a chance to win something, we will be offering a few extra goodies.

Judging​
This contest is open from now until 11:59PM PST November 3rd. Any entries posted after the deadline will not be considered.
All winners will be selected by Redigit & Re-Logic Staff.
Entries will be judged on Creativity, Fit to Theme, Elaborateness of the creation, and Overall Ability to Scare the cobwebs out of us

Rules/Guidelines​
1. Builds must be created within the current Official (“Vanilla”) version of Terraria. Though we certainly love the mods available for Terraria, entries containing modded content will be disqualified. Unobtainable items are also cause for disqualification.

2. Building/Inventory Editors (TEdit, InvEdit) are allowed! Please make sure that anything you use in this regard fits with guidelines and rules around altering your game – we will not be responsible for any issues arising from the use of unsupported alterations of your game.

3. Entries must be received by 11:59PM PST on November 3, 2014. Any entries received after this will not be considered.

4. Working as a team is absolutely allowable. However, please note that only one set of prizes will be given out per entry. It will be up to any team that wins as to how they wish to divide the prize(s).

5. Participants must be members of Terraria Community Forums in good standing.

6. All entries are made with the understanding of and permission for their future use in Re-Logic/Terraria communications & marketing. If/when used in this fashion, appropriate credit will be given to the creators.
Well, there you have it – the details for what we sincerely hope will be an amazing contest full of You guys set the bar really high last year – let’s see what each of you can do to go above and beyond last year!

If you have any questions, please reach out to a TCF staff member.


Thanks and Happy Halloween Terrarians!
Last edited by a moderator: May 8, 2018

I'd love to make a build, but I suck at building I'll give it a go anyways! If I win, do I get a vita collector's edition, even if there is one?

I can probably think of a few people who are squealing in delight right now.

Welp, I better get building!

Too bad Azure Metal isnt on TCF. She loved using pumpkins as material for a lot of things.

I'm wondering if team builds are allowed or if they are just supposed to be solo builds?

HERO said:
I'm wondering if team builds are allowed or if they are just supposed to be solo builds?
Click to expand...

HERO said:
I'm wondering if team builds are allowed or if they are just supposed to be solo builds?
Click to expand...

It says in the guidelines that team builds are allowed, but each entry only gets one set of prizes if they win, so you'd have to share them!

It's a in-game terraria build

Ringabel said:
It says in the guidelines that team builds are allowed, but each entry only gets one set of prizes if they win, so you'd have to share them!
Click to expand...

Ah, I see that now. Hmmmm, the winners will probably be huge team builds that are automated trap type build I would guess. Maybe something like a scary cart ride would be cool.