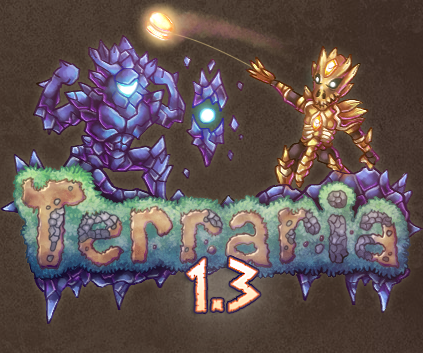 1/23/18 Update: The new patch has been released on PS4. We're still waiting to hear back on the status of Xbox One. ​
Greetings, Terrarians!


Since our last update, our team has been busy tackling the bugs that have been reported in order to continue to improve the experience on PS4 and to prepare for the Xbox One release. We wanted to take some time to share what’s been going on behind the scenes and to pass along the latest - some quite happy news indeed!


We are happy to announce that we have submitted a new PS4 and Xbox One update for certification!!! ​
Xbox One was submitted late Friday - we will keep you updated as we hear more. We are eagerly anticipating getting this in Xbox players’ hands!

PS4 was submitted this morning. As this is a “fix” build, it may (or may not) come through more quickly than the usual review process.

WHY DID IT TAKE SO LONG?

As you know, we hit some delays along that path and it didn’t come as quickly as we had desired. This was primarily due to a handful of nasty crash bugs that we uncovered - including one to do with world conversions and another that triggered crashes during extended play sessions. These were unfortunately quite time consuming to fix properly, but we did not feel it would have been right to push out the update or launch XB1 without squashing these first. The good news is that while those were being ironed out, other fixes were able to be worked on in parallel.

Here is a changelog with the major items on this set of fixes. Note that XB1 will launch with all of these fixes in place from the beginning:

As you can see, the focus of these fixes is on stability and crashing. As a result, the game should be much more stable for players who were experiencing these issues.

While we have been working hard to address the issues seen by our PS4 players, there are still some lingering bugs that we’re attempting to squash. We also anticipate that our Xbox players will possibly have some issues to add to the list, so we would once again like to encourage reporting and feedback.


One of those elusive bugs that is a current area of focus is when players have reportedly experienced having their world files overwritten with the world files from the Multiplayer games they’ve joined. This one is being worked on right now - in the mean time, we recommend that you back up your world files whenever possible until we get this issue resolved.


In addition to the ongoing bug fixes, we plan to discuss the non-bug feedback items that you all have generously provided to the team - things like complaints about the UI. Once all of our teams have a chance to go through and discuss that list, we will let you know what other changes may be on the way.

After all of that, once we feel PS4/XB1 are in a good place, we will be turning our core focus over to Mobile and Switch development - we are really looking forward to having those out to everyone as well!

HOW CAN YOU HELP?

We want to thank all the players who have sent in their save data, and we would like to encourage anyone who continues to see any issues in their game to submit their save data. You can find instructions on how to do so here:

NOTE: This currently only functions for PLAYSTATION 4 save data. We have been unable to come up with a method that will work for Xbox One data as of yet.

That’s it for now - be on the lookout for more news as we have it and hopefully for a better PS4 experience and for our Xbox fans to enter the world of 1.3 very soon!


Thanks for your patience, understanding, and support.
Last edited by a moderator: May 8, 2018

Staff member
Re-Logic
Administrator
Really glad to see this update finally ready to hit - hopeful it will clean up a ton of the issues on PS4 and finally our Xbox friends can dive into the 1.3 pool once MS gives approval!

Can not wait for Xbox one to come out

Sounds like a lot of great stuff. Can't wait to try it out!

Nice. Been anticipating the Xbox release for a while now

Now we can say "soon" in a serious matter again

The eater of worlds13

Finally, we’re back I’m cert, I’m confident there won’t be another delay, so for once I will be patient. Can’t wait for this update and I hope very doesn’t take too long

Yes! I can't wait for this. Despite all the moaning and whining of angry players, I was still positive of the update coming very early February or very late January! Thanks for letting us know about this!

I knew we were expecting some news to come out. Glad I stayed patient throughout the delay. Thanks guys!
R

My only question among all these fixes, my only one i ever have issues with, is will events now trigger in multiplayer? Like meteor strikes and goblin army

RD said:
My only question among all these fixes, my only one i ever have issues with, is will events now trigger in multiplayer? Like meteor strikes and goblin army
Click to expand...

I reckon that these events will still occur in multiplayer. Unless they were stopped in 1.3 PC and PS4, I don't see why they'd attempt to rid them from multiplayer. Although I guess there may be a glitch if lots join and one stands too close to the meteorite...

so this means terraria 1.3 will be in our hands mabey sometime this week!

Yeah, I guess in the next few days, it shall arrive. Even if it didn't come so early, it's still music to my ears that Pipeworks are still concentrating on us and not giving up on us getting console 1.3!
D

Pearlian Palkia said:
Yeah, I guess in the next few days, it shall arrive. Even if it didn't come so early, it's still music to my ears that Pipeworks are still concentrating on us and not giving up on us getting console 1.3!
Click to expand...

How was that ever in doubt?
C

Well that's actually really great news, it's quite a relief at this point. Hope to have it very soon.