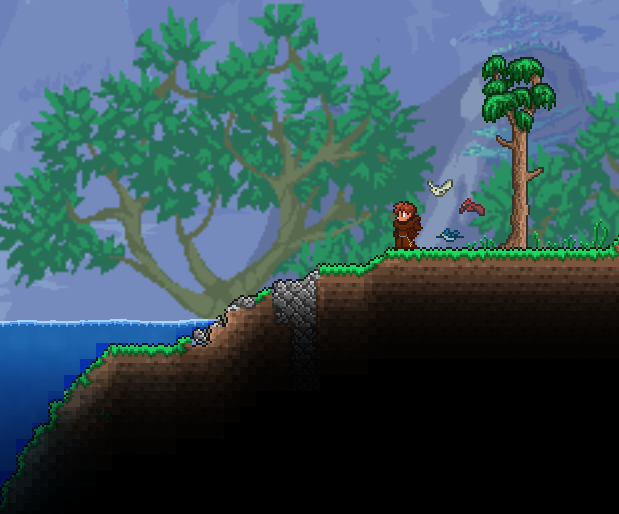 This cloth was inspired by Saint Francis of Assisi. When you equip all the set, three birds will appear and they will follow you.

The head is the hood; the torso is under the hood and the leg is the rest.

The name of this creation is Francis of Assisi.

Made this. I call it "The Enigma"
It's an enigma, mysterious and difficult to understand.
It's essentially a futuristic metal suit with red accents and glows.
Enjoy! 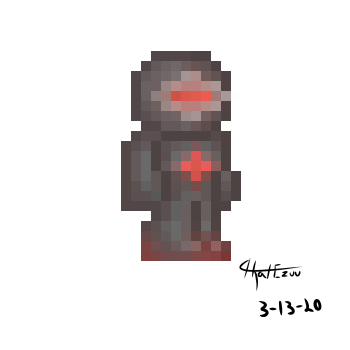 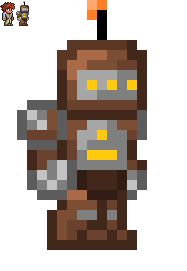 This is like a dream come true, i never thought there'd be a chance for this! this might not be as pretty or good looking as the others, but i made this myself. this is BrassNut, my character that i made for D&D, he was a warforged furnace that went on a pilgrimage to become more than "just a furnace". i made this sprite because ive always imagined what it'd look like for him to be in terraria, and ive had this image for quite a while, i'll also include an image of what he looks like below, just in case my sprite isn't good enough to tell how it's meant to look, i really hope this gets a chance to be featured in the game, it would be an amazing tribute to my character (who has unfortunately been killed by a dragon already, lol) 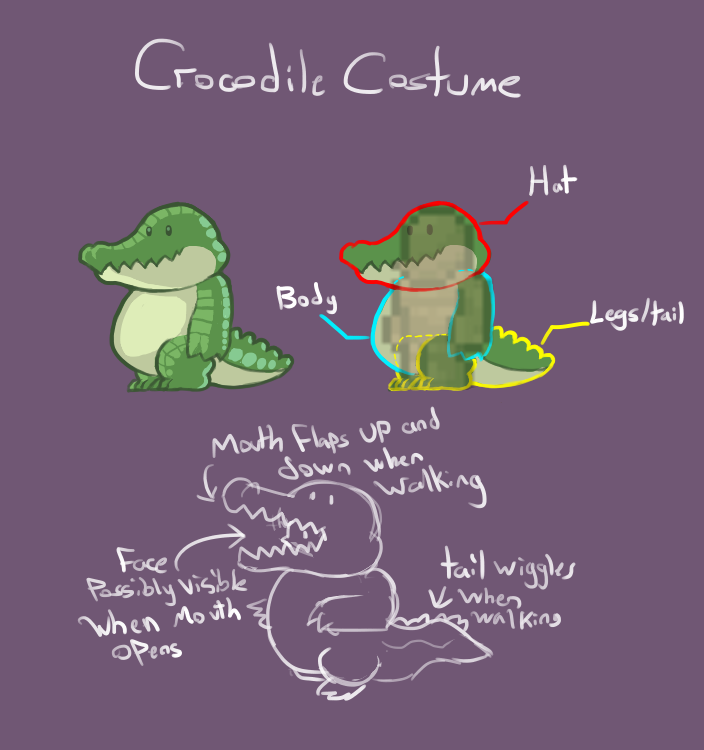 this is my baby. do not hurt him. 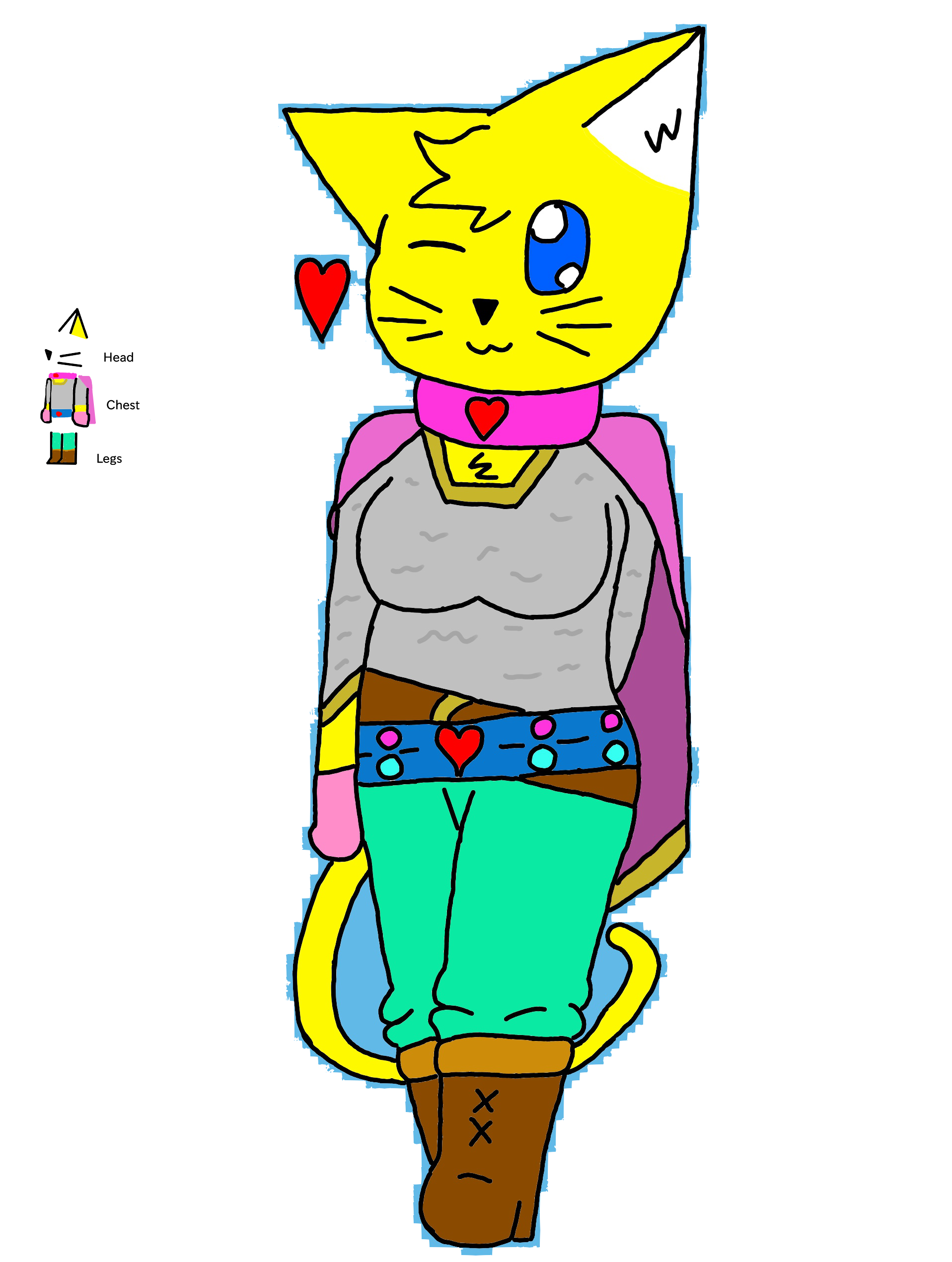 Here is my entry:
My own Character used in my Tabletop RPG game, Stardust.

It's a long shot, I know, but I wanna participate and put myself out there instead of hiding under my rock and telling myself my art is no good. (that's also useless information.)

I don't exactly have a finite name for the outfit articles, other than "Stardust's Ears, Shirt, and Pants." However it could be put as the "Bard's" or "Singer's" ensemble, considering how Stardust is a bard.

I doodled next to my work a little Idea of how it could somewhat look in game to help close the point:

Head: mostly transparent, meaning hair and eyes and face show, but just a little black dot to the nose, ears added to the head, and a whisker or two added on the cheek.

Torso: The cape, collar, and belt are the defining qualities of the outfit, each are trinkets that was used in my rpg to increase performance and look flashy to be a successful bard. The light grey is supposed to be mythril chainmail, but it's nothing special. I left out the yellow tail in consideration that a flowing cape would already be a lot to ask, but if the tail was there that would indeed drive the look home.

Legs: Not too special here, just a sea-green-ish pants and brown boots to match, I suppose they'd be slightly baggy around the boot rims.

Thanks for letting me try! I had fun just thinking of the idea. I would be ecstatic to wear this ensemble and "Sing through the Storm!"
O 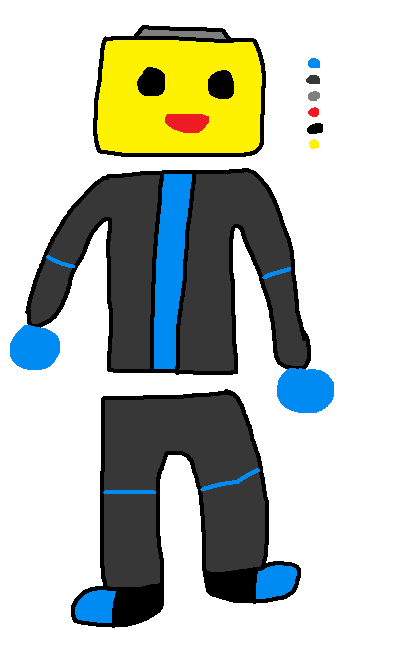 It covers the whole body. Hands turn blue like the character is wearing gloves. 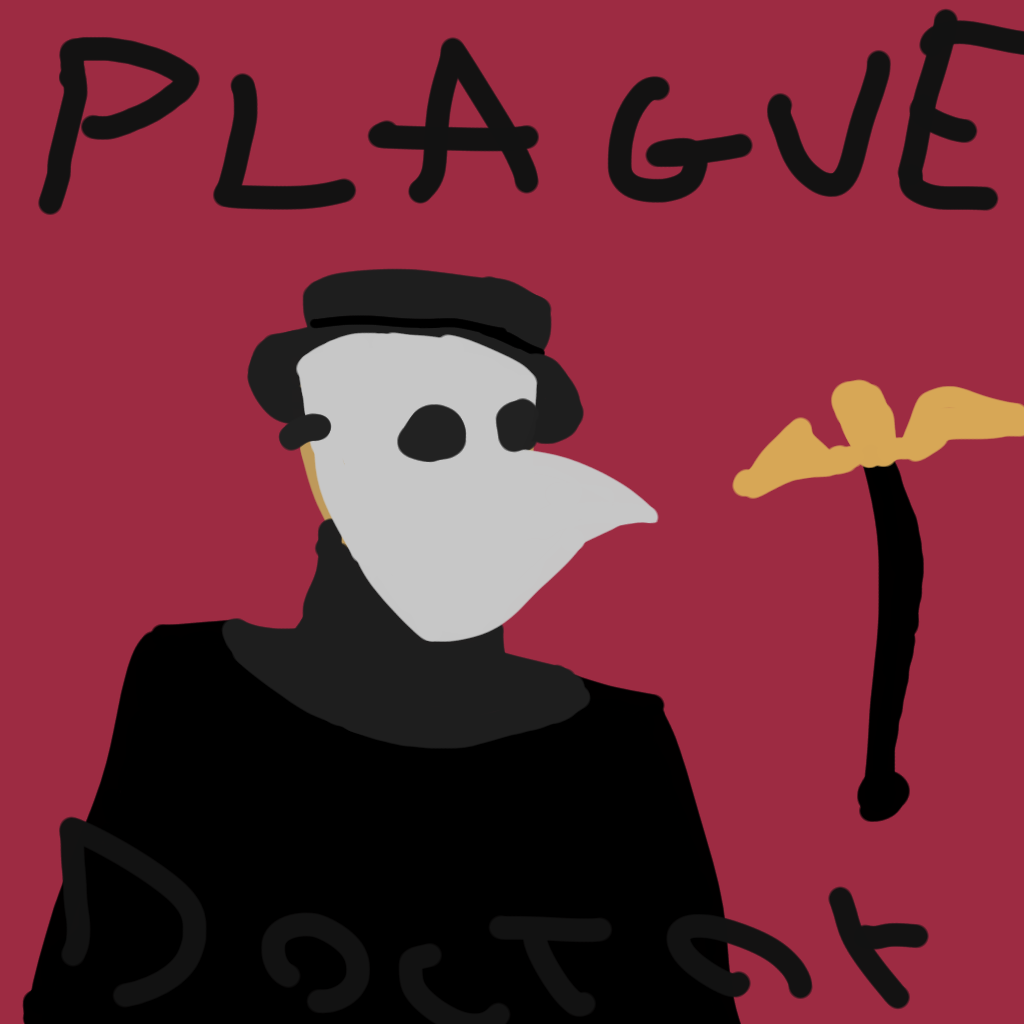 plague doctor with a walking cane, main focus is the headwear since its very cool

The chest is a t-shirt with prosthetic arms, the legs are shorts with prosthetic legs.
There is no headwear as this is not designed to be a full set, but the idea is about being able to give people the ability to apply prosthetic limbs to their chracter, if they wish to do so. 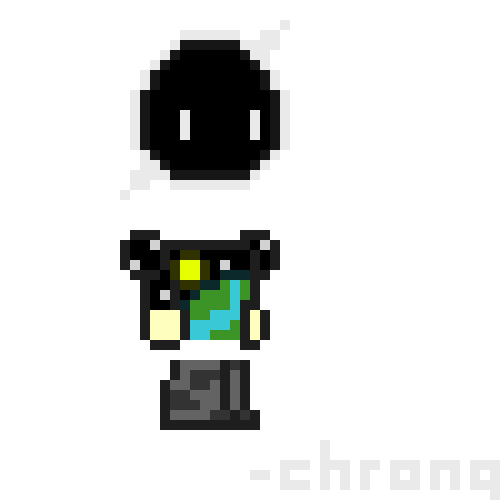 Head: A solar eclipse with two cute little eyes on it.

Torso: Almost like a window to the view from the ISS

Legs: The texture is the moon!

As you can probably tell, my character is themed around space. Solar Eclipses are my favorite! Hence the name chrona xD
I know the light around the solar eclipse is corona but chrona just looks sounds better you know?
I've also been getting comments from people from the recent corona virus >.>

Thanks for this contest, and letting me take part in it
I'm SUPER excited for the Journeys End update since I know you guys put your hearts into it.

Hello, My submission is an avatar I created when I was a kid and have used ever sense.
I call him MrGreen. 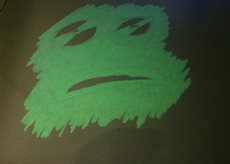 This was the original artwork that spawned him.
This is the part that I think would cover the head as a sort of mask. Looking paper like in texture. 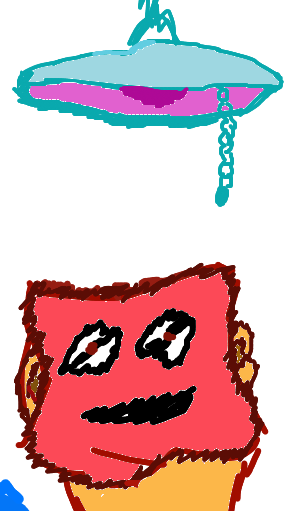 Better represented by another doodle I did awhile ago on the same idea. 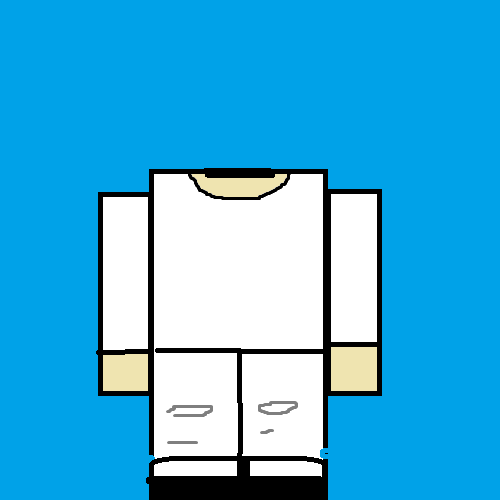 The Body and Feet would be pretty simple. Going with a casual theme I was thinking a plane white long sleeved shirt and grey pants with perhaps some holes in them.
The shoes would also be casual with some grey or black sneakers being my idea.

Here's the Tornader, its only the torso and it replaces your body and legs with a tornado. The bottom right is a mock up of an animation for it, it's inspired from the sharknados from the tempest staff. The bottom left has what it looks like to swing a sword, because this vanity removes your arms, they don't show when you use a weapon. The top left is just the sprites enlarged. Lastly is a little drawing i made of it in the middle. I spent like an hour on this but that was mostly trying to line up things to make it a gif. Hope you enjoy.

I love fashion design! And seeing this contest made me instantly jump.

I think Terraria is a mixed bag on vanities and anything crazy to urban - normal would be perfect for the game to continue that theme;

So, down below I made some urban outfits to demonstrate.
I always loved the classic top hat and suit, but I think Terraria definitely would be great with some more casual wear :^) More importantly, printed T shirts.
They're staples in our society and we wouldn't be anywhere without them, and being simple garments that can communicate so much I don't think we give them enough credit!

So, I made a classic ball cap hat with a sweatshirt including a cowboy skull and cotton pants, alongside a leather officer cap above a swaying 100% cotton shirt with a laying lady around hovering hearts, and a pair of simple jeans to match.

I enjoy all the crazy vanities, but I think something casual and more city - like might influence the game to different perspectives: One idea casual, the other more Haute'

Thank you! and good luck to all


There is a familiar wig and corresponding clothes: It's appropiate then to call this a casual hat, and a casual top. 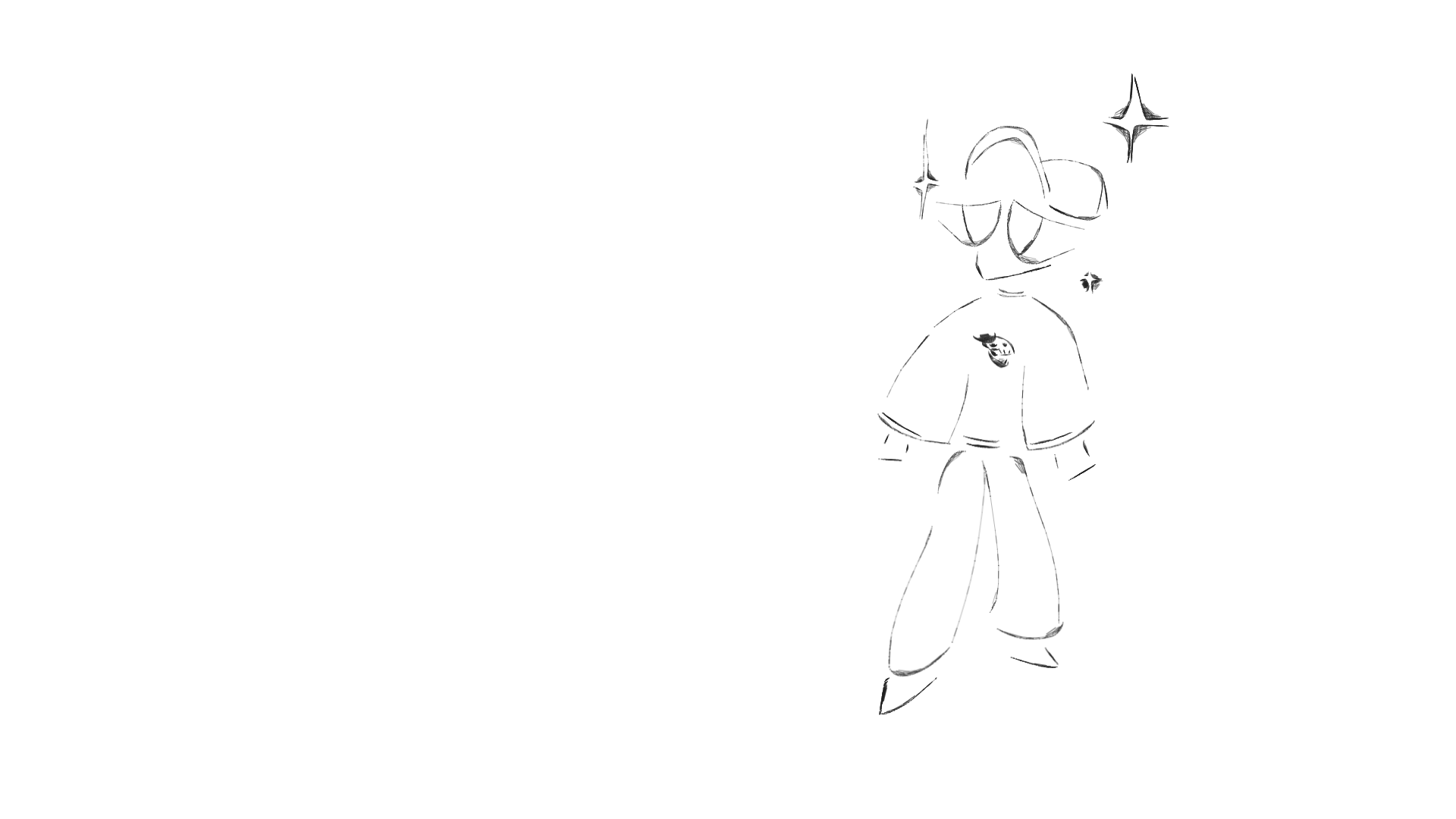 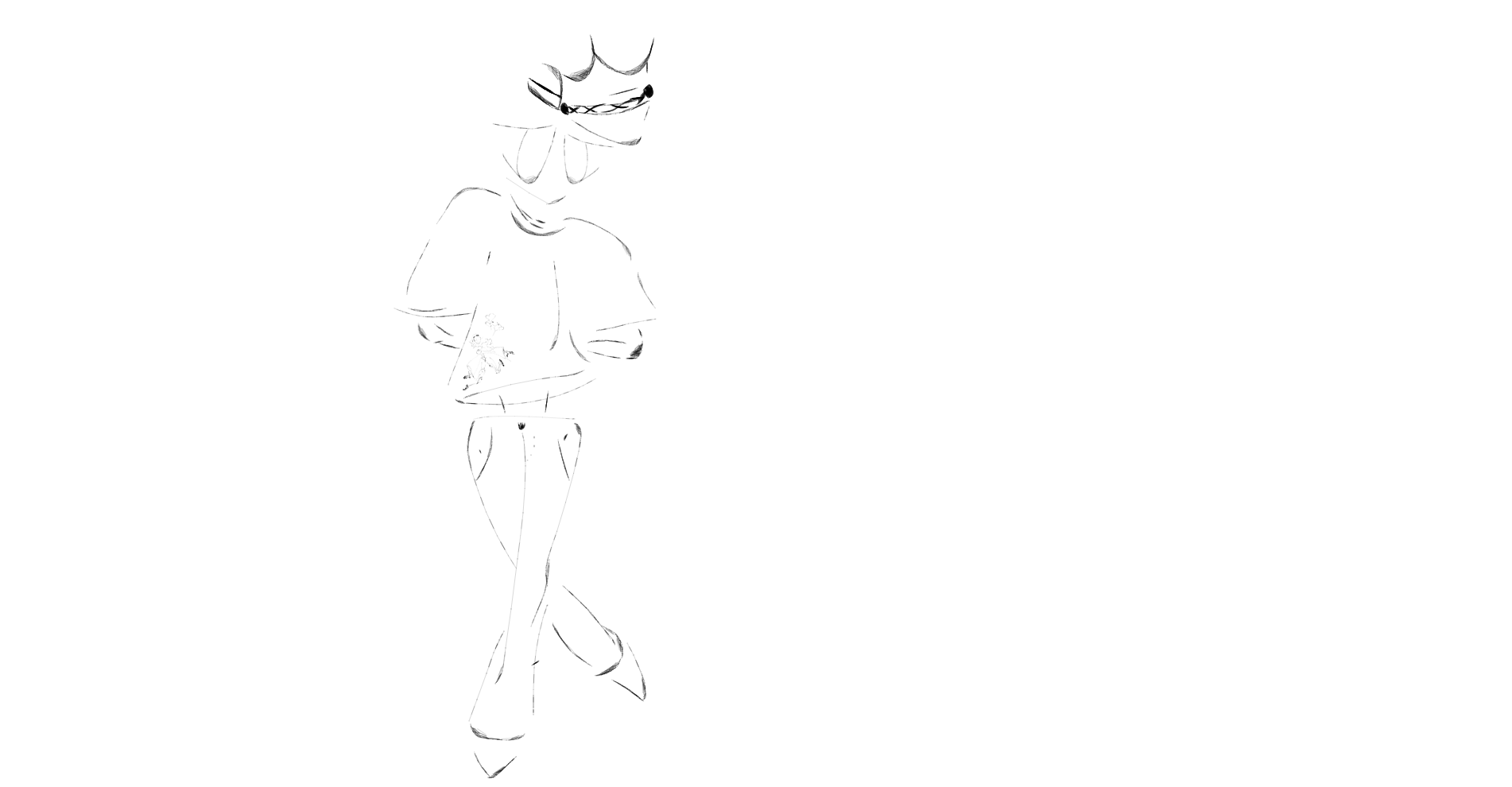 Here is my submission. The vanity is of a Ninja-Axolotl (named Noodle) and I think it could be a cool drop to get from Salamanders or something like that in game. There is no need for an effect around the character unless you all think otherwise.

The character would be colored just like a real Axolotl with lighter pink as a skin tone and darker pink for its gills and tail membrane. The ninja belt would most likely be black or a gray variant.

The bottom left is a breakdown of how the individual pieces would work. The top left is just a cute Axolotl. On the right is what I had imagined in my head for the vanity set together.

Hopefully this gets somewhere. Thank you for your time!
-ChickeNoodle777 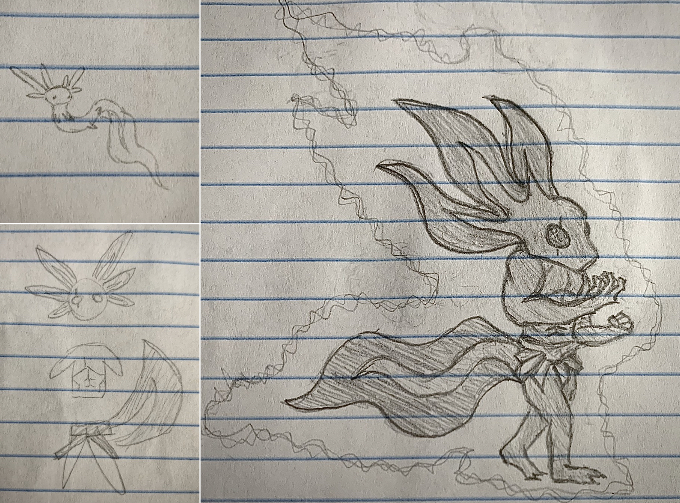 I know I'm posting kinda late but I just saw that there was a contest like an hour ago. I did a quick sketch just because I think it would be really cool to have a plague doctor themed outfit! It could have a robe type body which covered the feet and optional boots, but of course the main idea was for the helmet which I think would look super cool in terraria.

I call him the bomber the full set gives you the ability to explode but it will take away a small amount of health
the set is the head(the skull eye patch and horns), sweater(with bomb attached) and pants/leggings 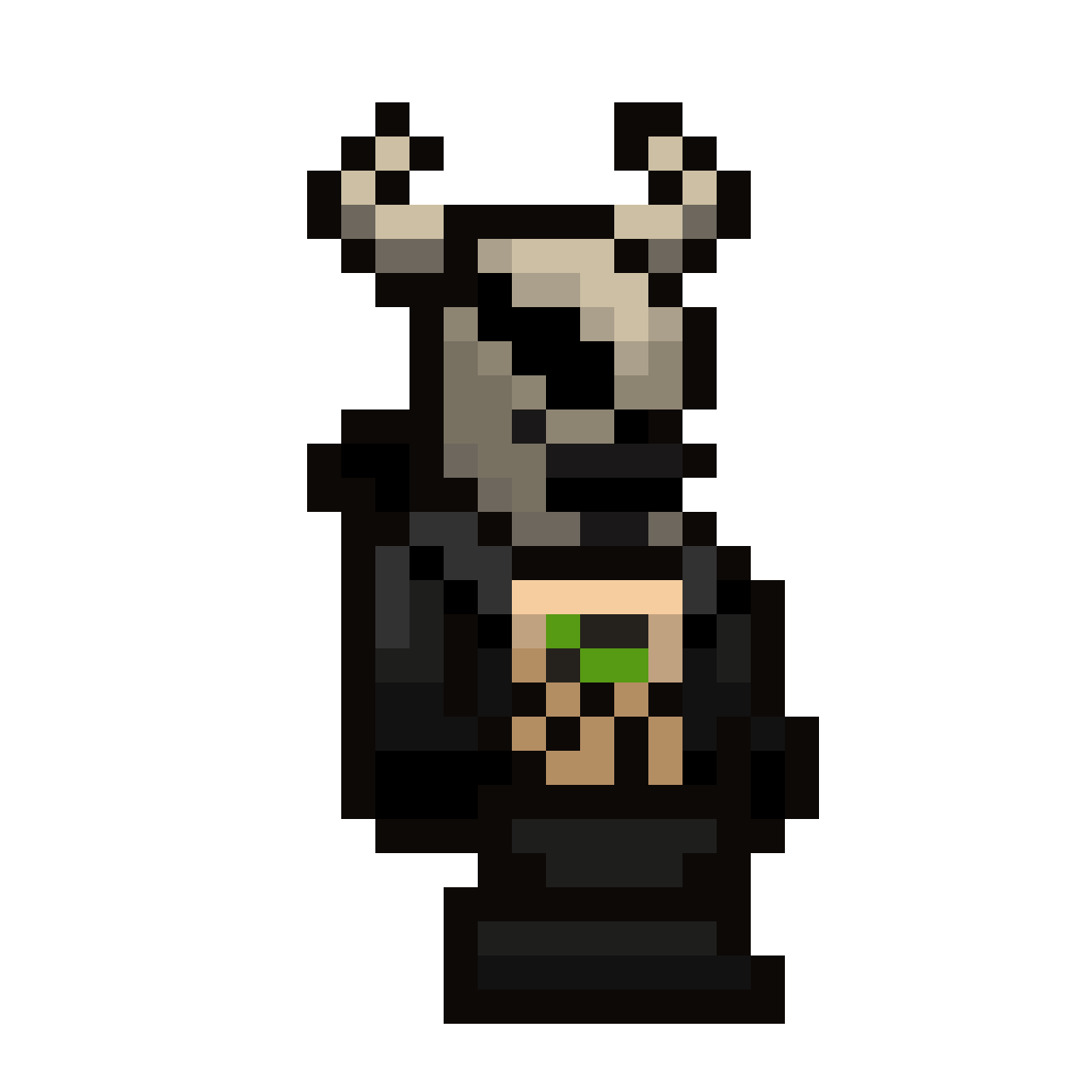