Earlier today, Relogic released version 1.4.4.6. To most people, they would never know there was actually two versions however of 1.4.4.6.
This is where our journey begins.
(This post is for curiosity reasons NOT to hate, bash, or talk down any parties.)

While updating a few community tools, I stumbled across my game updating again. While small, it still had me surprised. Like a common person, I decided to look to the patch notes to see what had changed. However to my surprise, nothing had changed. I have noticed Relogic doing this from time to time on other 1.4 versions as well. Seems this is where the trend begins.​ 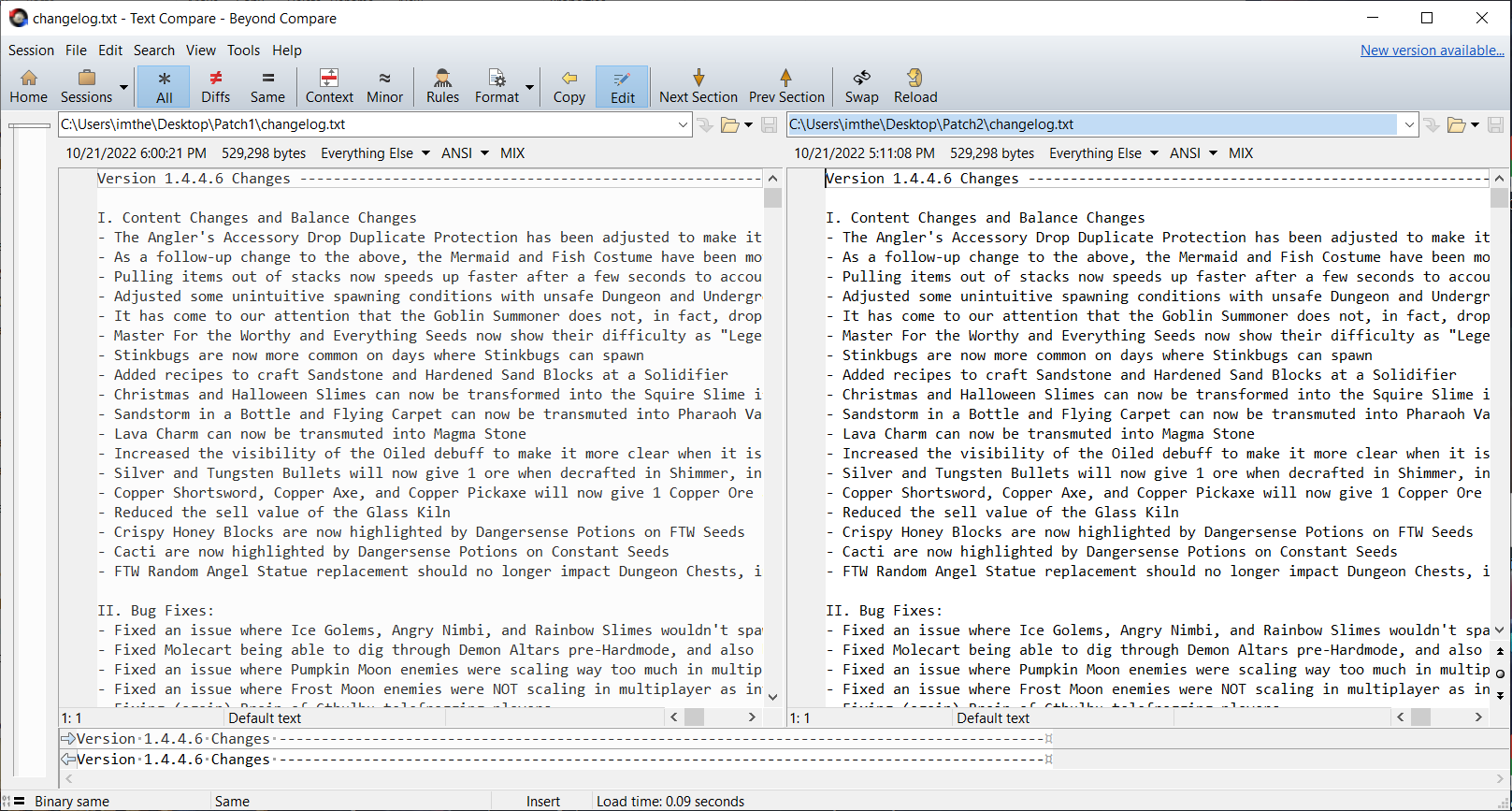 So I then looked to the steamdb website to see what depots where recorded. Sure enough there was a second update.​

So how do we know if anything was changed? Well using an application called DnSpy, we can decompile and extract the game source. From here we can use another tool called WinDiff to compare the two directories. We can see two files has changes. Files netplay.cs and npc.cs.​

From here we then can take these two files and using an tool called BeyondCompare, we can see what changes was made.​
netplay.cs

While there was not many changes made, these look like some patches to the infinite night bug. While making quick fixed or updates are fine, I personally would have liked to see these fixed bugs added to the patch notes upon pushing the next patch; even if there was no version number change. What's yawls thoughts on it? I don't see this as any issue, but would like some reason / changes in the notes.​