I made Joker in Pixilart 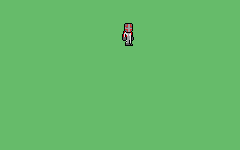 I sincerely apologize for the image being so small for the life of me I could not make it bigger. I also don't even know if I submitted this correctly. Basically I'm sitting here with fingers crossed if I even did any of it right rather than worrying about the chance of winning lol, but here it is. I did my best to keep it the same number of pixels as the character model in game so it wouldn't screw anything up, it is also ok if (you even select it that is) to make changes to make it look better as I'm sure any artistic liberties you take will probably make it look better than what I made.
D 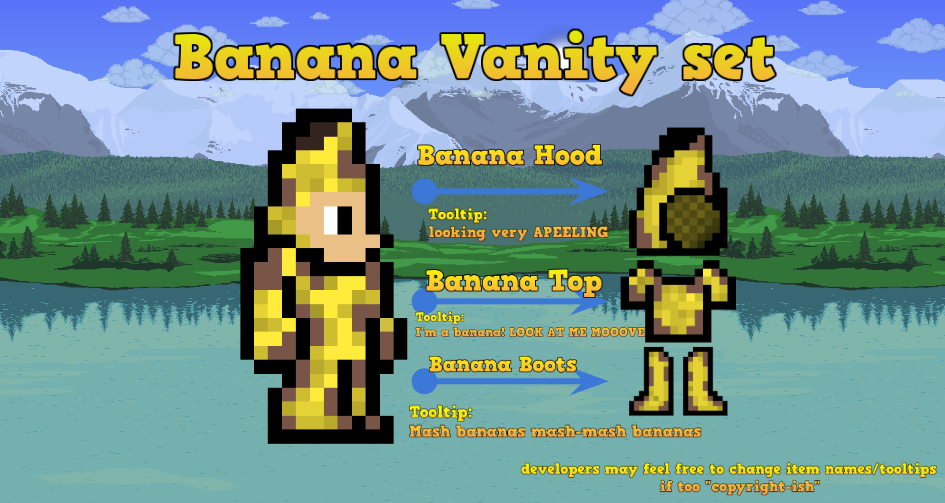 I Call This The Red Gang Set, Made By Me. Hope You Enjoy. 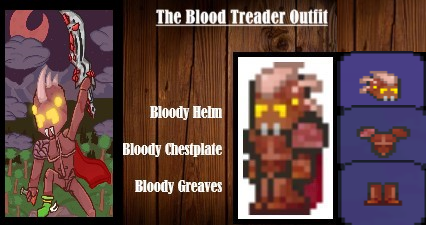 i put a lot of effort into this concept, so i hope you guys enjoy this outfit.

feel free to change any names or descriptions.
Finally, a suggestion if it is put in the game, you could have the eyes act like Loki's set, where the highlights can be seen in the dark.
the picture below is just for less pixelation, so you can view it easier. 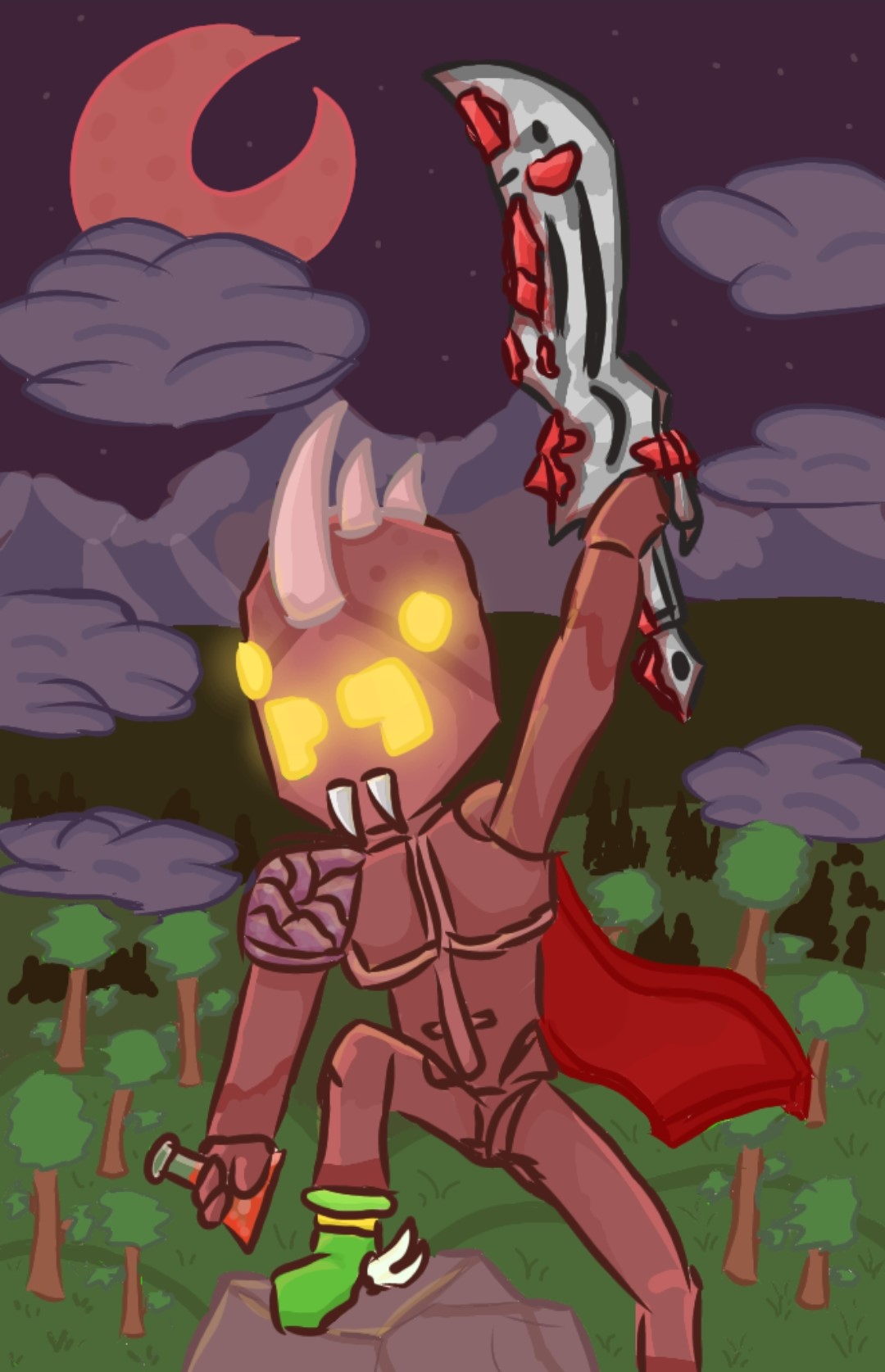 So I was thinking of a late game skin, 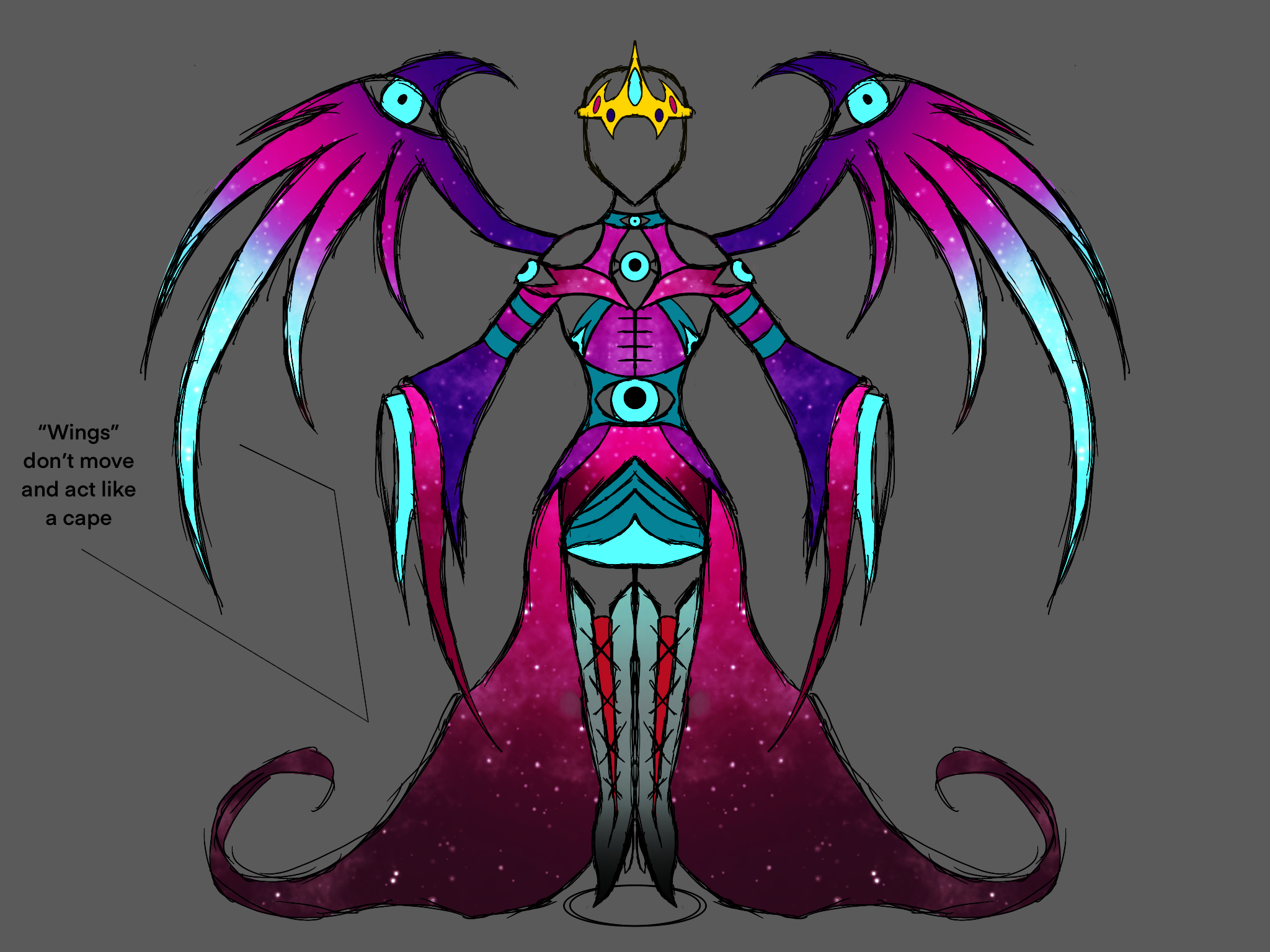 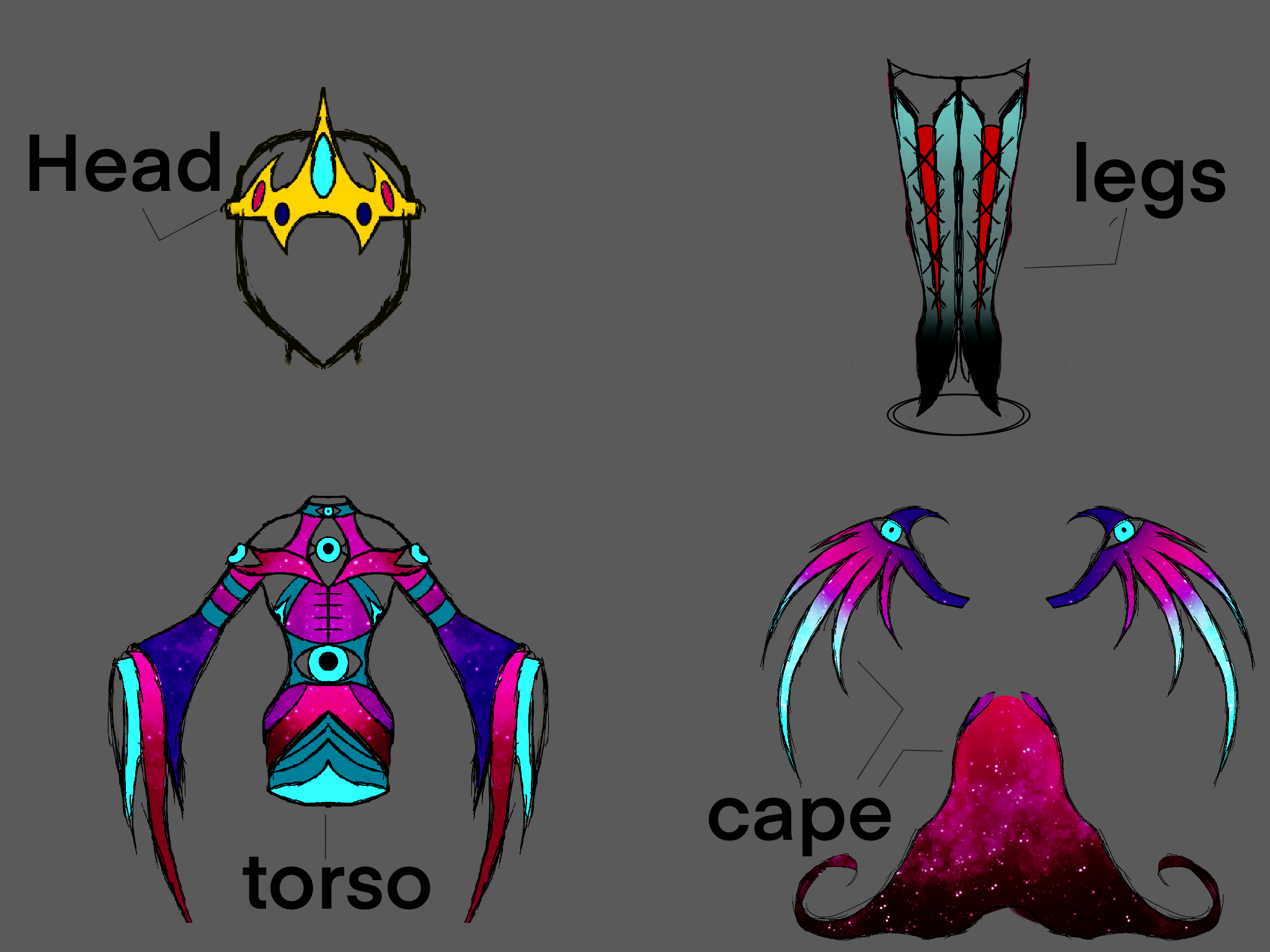 so it’s kinda like a cosmic queen, it could be dropped from the lunar cultists or crafted.
also the wings one the design are just aesthetic and will function as type of cape and just cover what ever wings you are actually using.
thank you for the chance to get my design out there :3
- ryan
L 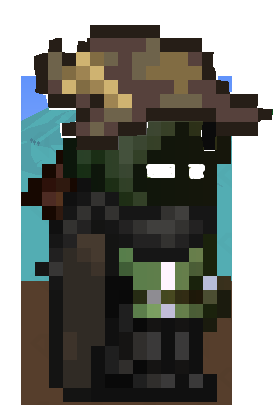 Hood and hat of the forest (head piece) - A camouflaged spooky hood, and a big archer-like hat. Complete with glowing eyes!
Drape of spirits (chest piece) - A simple deep brown cloak and a green tunic underneath. Nothing suspicious at all....
Worn Hiker Boots (leggings) - Sleek black pants, and dark brown boots. You can tell they've pretty old.

Well, here is my submission, the name of MY creation is "Quetzalcoatl Cultist".
This idea came to me from a class of history, exactly of the Mayas, a culture from Mexico, my country, and i remembered a certain god from this culture, Quetzalcoatl, the God of Knowledge and another things.

Here is a drawing done in like 45 minutes for my vanity set. I guess you could call it the Artificers equipment, or something like that.

i made the doomslayer from the new doom eternal:
the name for the vanity set could be the "MoonSlayer" bc well moon lord etc 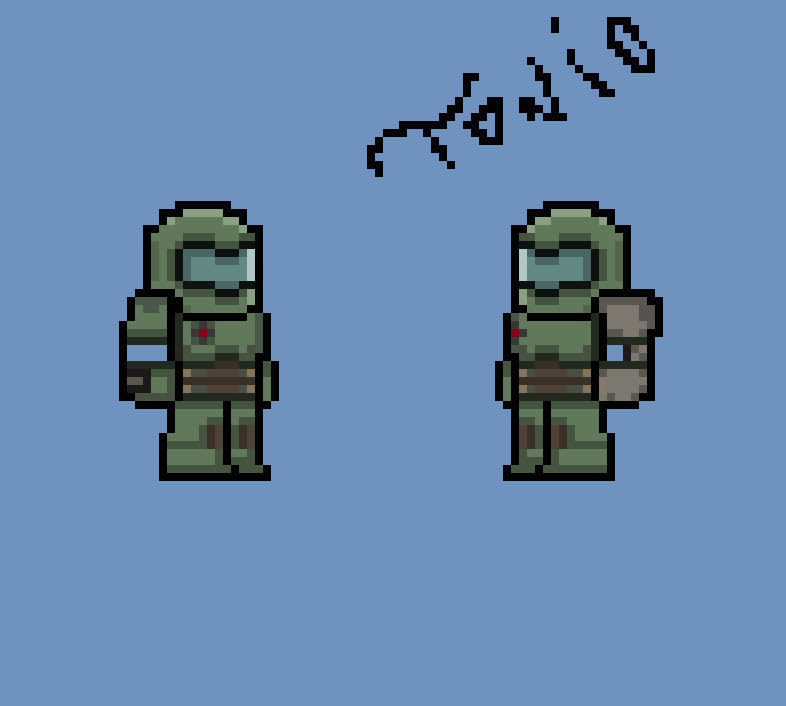 "A sense of honor and bravery floods your mind..."
-The description of the set.
-Information about the set-​
-The warrior set is vanity apparel that can be bought from The Clothier at midnight.
-Each of the set's pieces is bought for 10 gold coins.
-When worn it creates an afterimage effect similar to the Cobalt and Shadow armor, albeit without it having the speed bonus that the latter grant.
-And as a fun bonus(if the game is capable of that), it could play the "Kabuki YOOOO!!" Sound effect when the set is complete.
Hope you like this and i wish the best of luck for all of you! : D
- me lololololo

Hope you can see it well, the paper is kinda trashy, its a character i made when i was younger maybe 12-14.

A little story when you equip the full set:


"Born with the sole purpose of fighting the ones who attempted to destroy our universe...,when his duty was completed, the emptiness on his heart started to grow, those conditions forced him to search answers about the creation of all the visible things, and how to reach the unvisible ones, to this day he is still looking for enlightenment, somewhere out there, far away from our universe. His suit, the only thing that remains of him, its the proof of a dimension, with thousands of light years of existence, and peace." 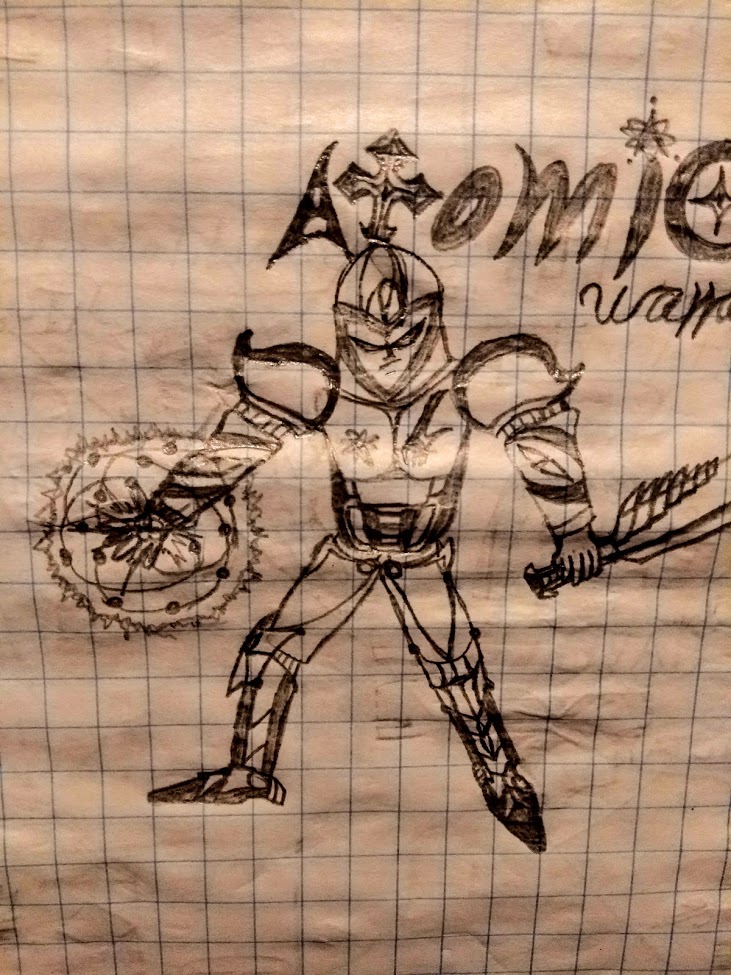 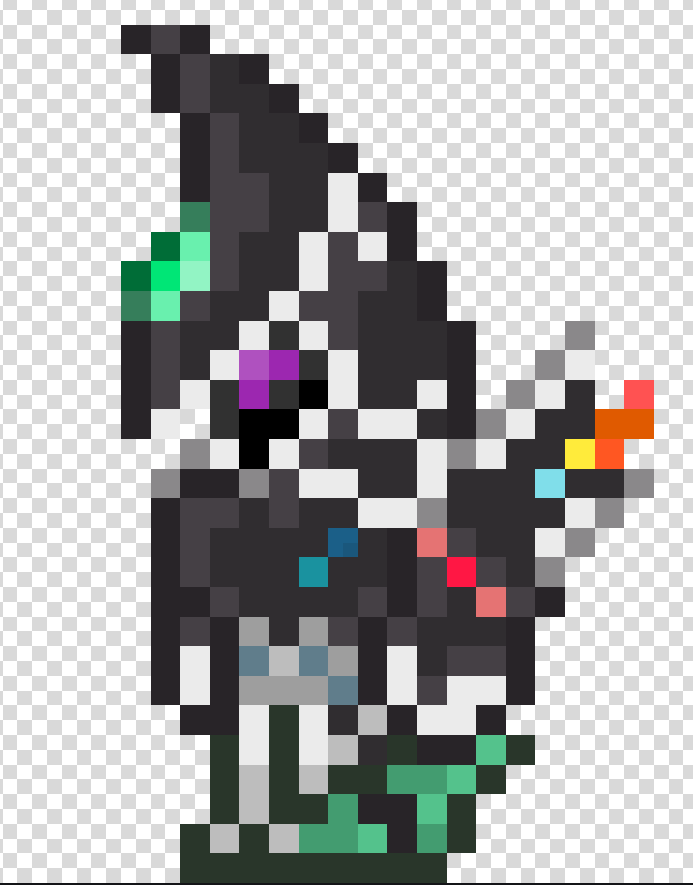 -It has those colours things from the 4 lunar pillars, and i was thinking about if they could glow in the dark. The general look of it is kinda rough, in some parts i didnt know what to do.
-Name: Nuez's Legacy Suit
-Pieces that glow in the dark: green gem and purple eye of the head, blue light of the chest,and the flames coming out of the jetpack(thats part of the chest piece), and the green part of the legs, glow aswell.
-The head stands out and hides part of the chest.
-Legs are kinda hidden below the gauntlets(image of legs alone).
-I didn't get a good idea of how to complete the chest piece being covered by the head, its kinda messy.
-can be obtained from the traveling merchant, 9 gold coins for each piece of the suit, only after moonlord is defeated.
-[ambitious request] the flame coming from the jetpack on the chest is animated like it's coming in and out, (similar to the fire particles on the molten armor), from the propeller that is located on the shoulder. 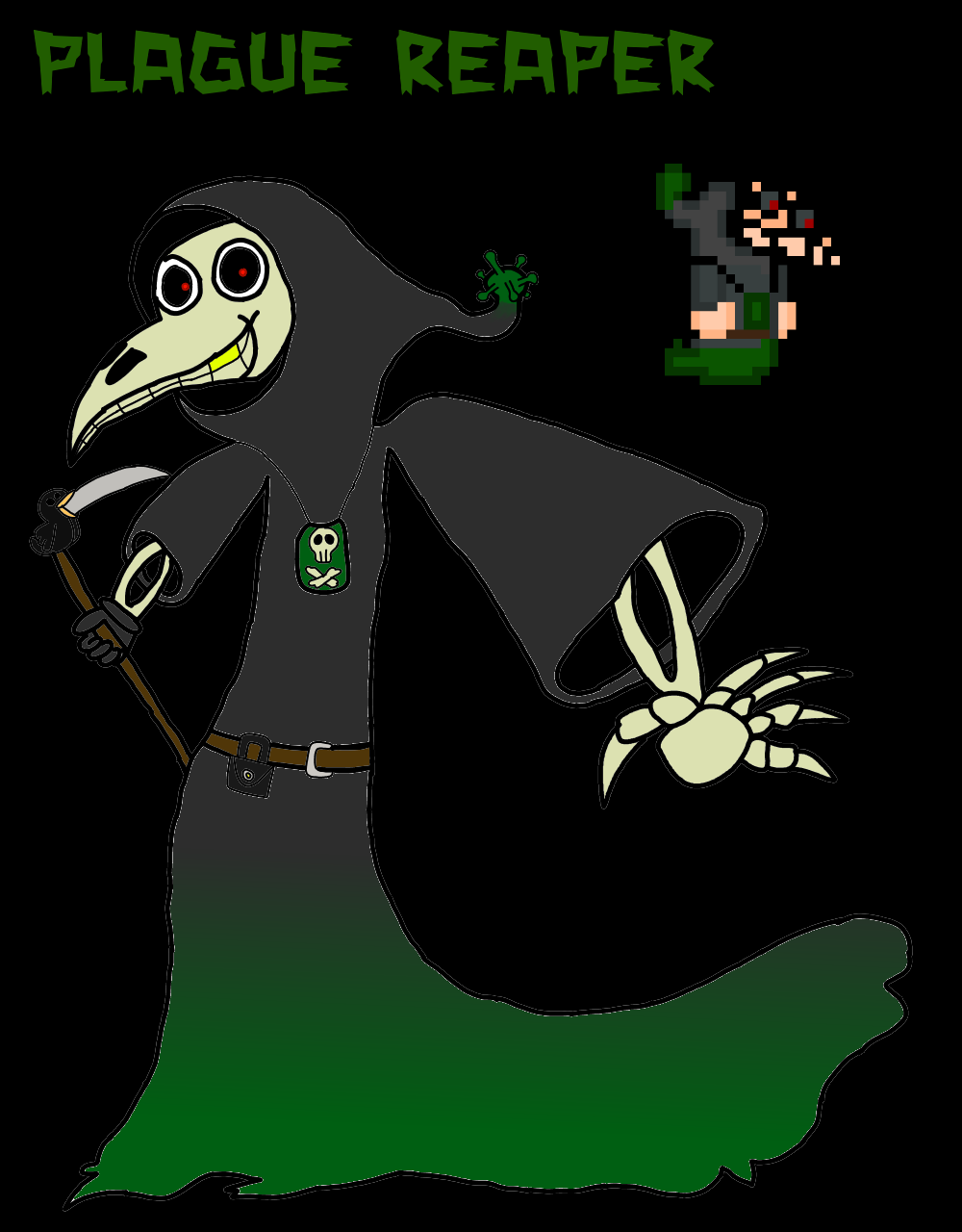 Here is my submission, the Plague Reaper vanity set. Based on a medieval Plague Doctor and the Grim Reaper. The little sprite in the top right corner is what I think it may potentially look like. (Crow Scythe not necessarily included as part of the vanity set.) 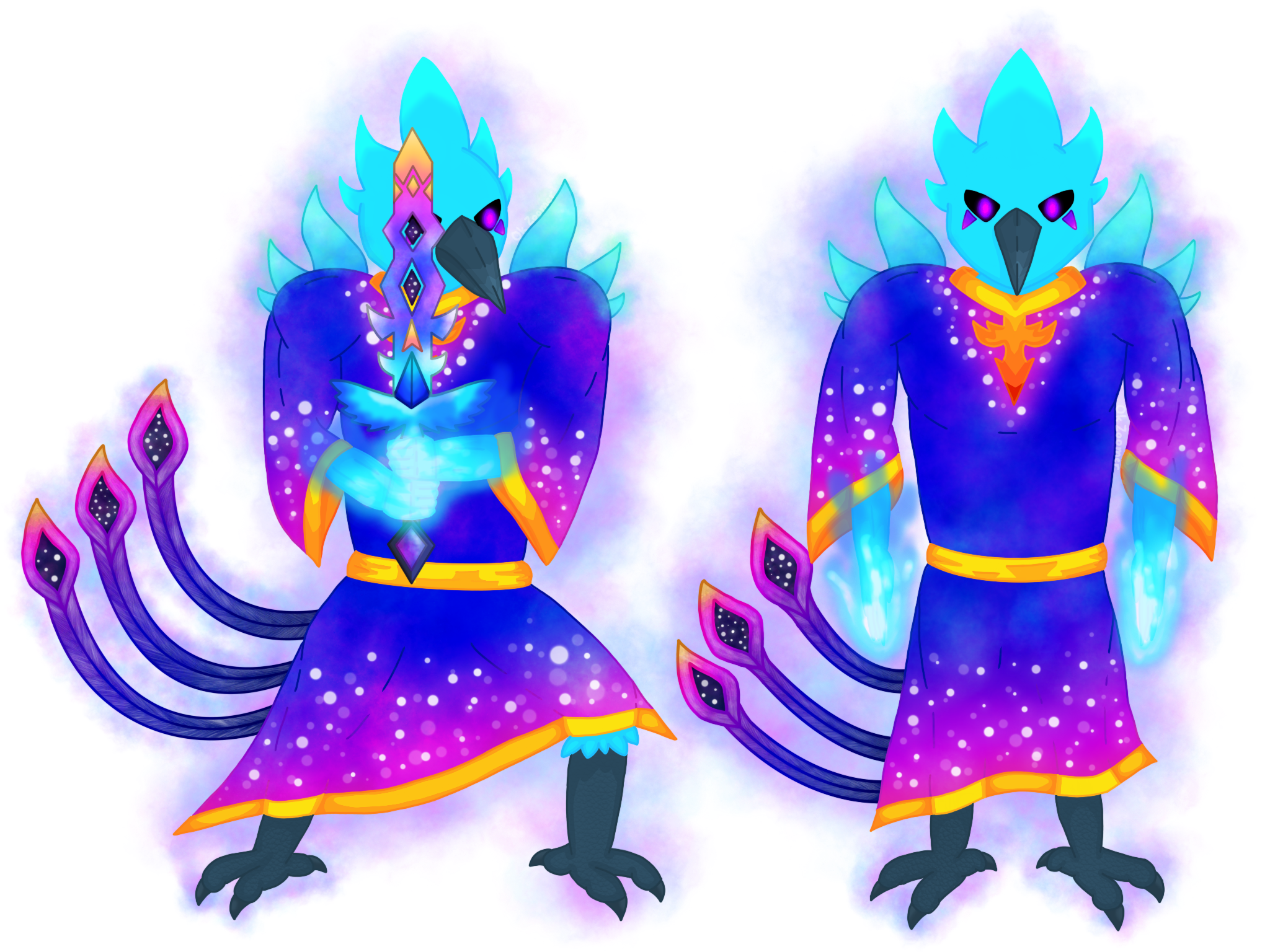 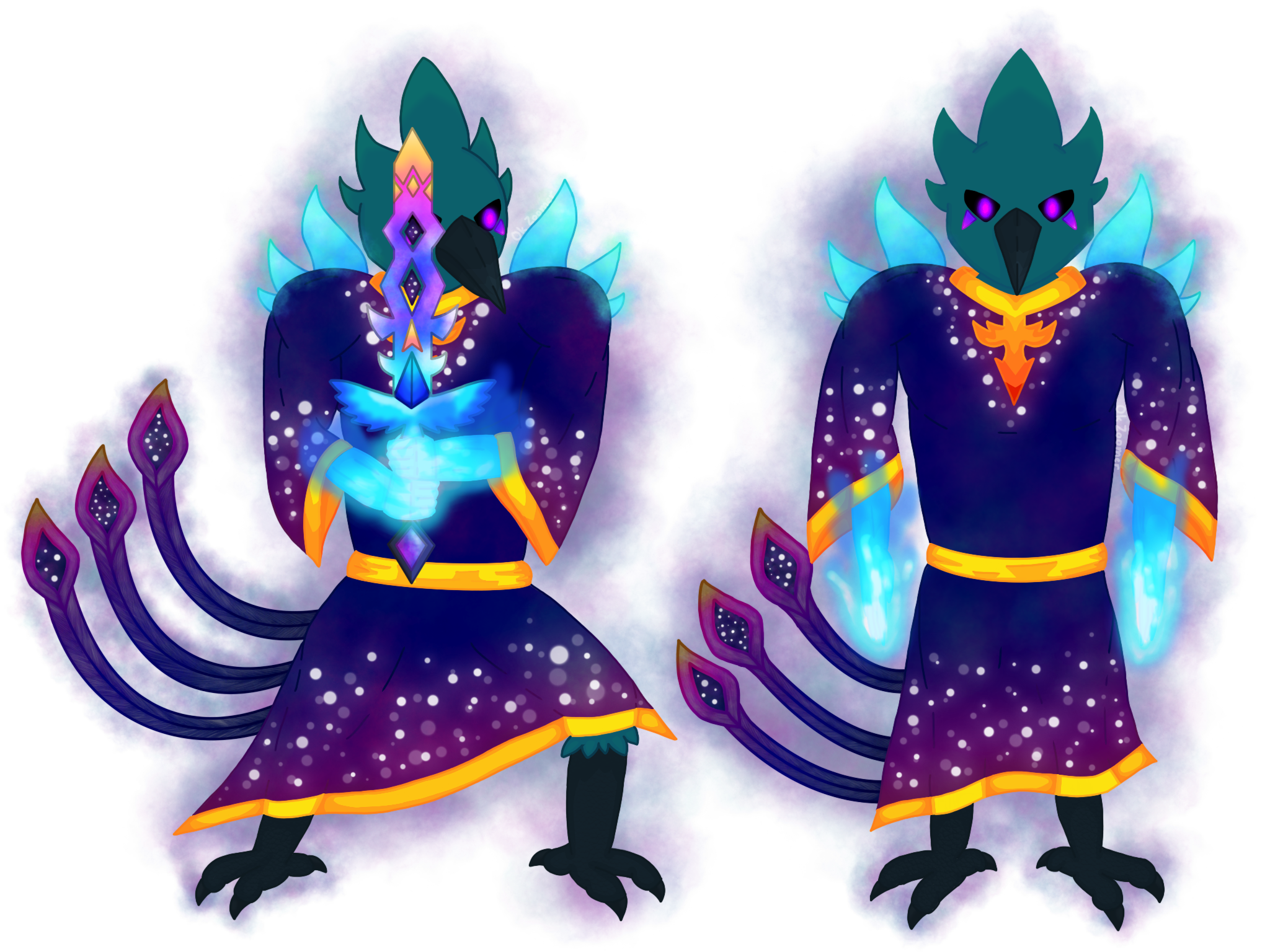 About the Vanity Set 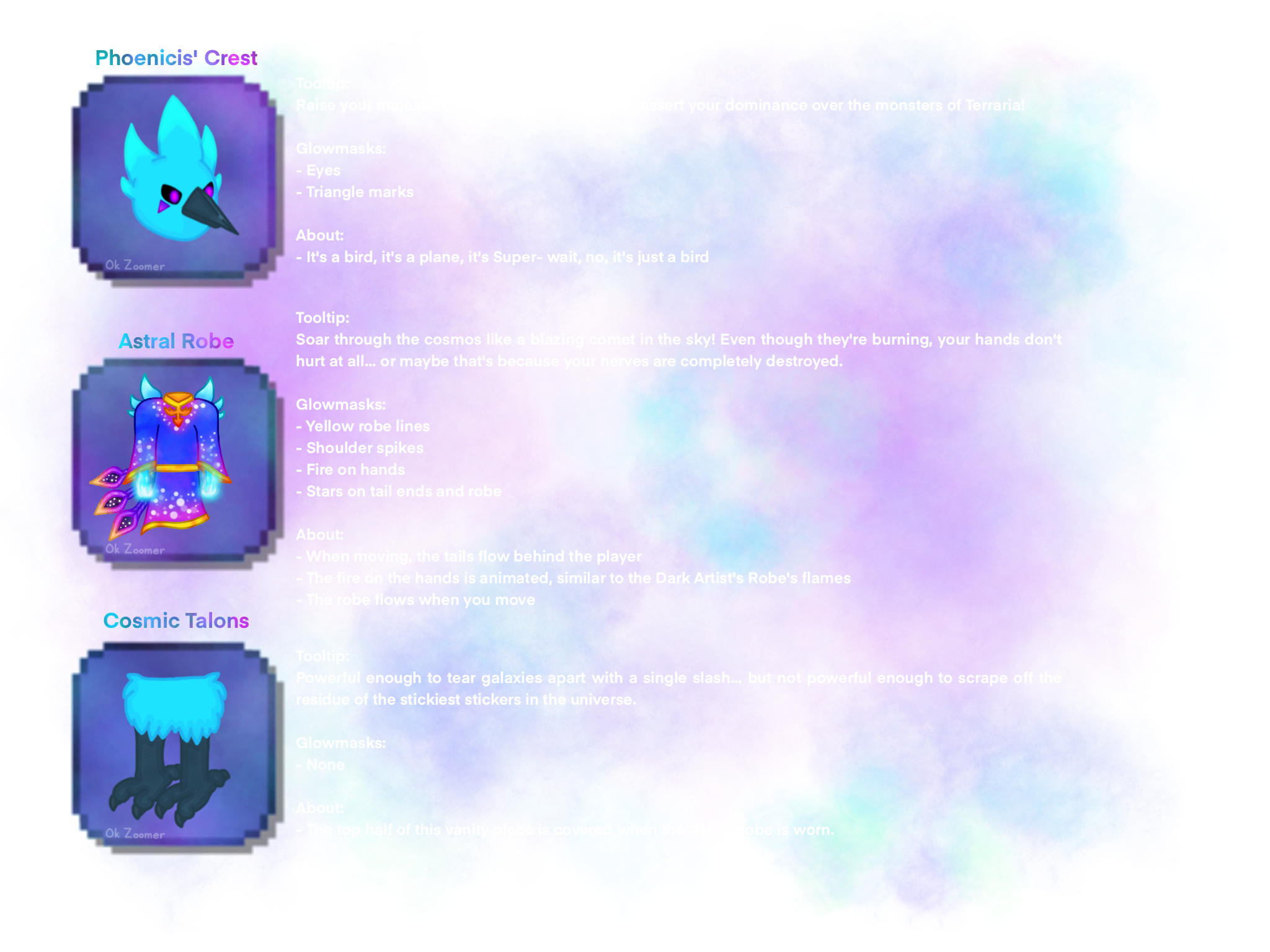 Inspirations
- Terraria doesn't have a lot of avian or galaxy-themed vanity sets, so I combined the two ideas and made the Phoenicis set. Phoenicis comes from the names of the stars in the Phoenix constellation (ex. Alpha Phoenicis).
- Phoenicis' Crest is based on parrots with crests (specifically cockatiels and cockatoos).
- The Astral Robe's tails are based on a Chinese phoenix's tails.

Other Stuff
- If vanity sets can have small bonuses, while wearing the full Phoenicis set, you would have a light blue afterimage (similar to Illuminant enemies except the afterimage is light blue).
- Unfortunately, the Phoenicis set does NOT include the sword (it doesn't even exist in Terraria).
- Short Lore Time! The Cosmic Phoenix appeared after a huge star went supernova a few billion years ago. Similar to normal phoenixes, the Cosmic Phoenix rose out of the "ashes" of the dead star.
- The vanity set can be altered if necessary.
- I hope you like my design! Good luck to all the participants!

I drew this out traditionally, pen and paper. It hopefully isn't too hard to figure out what it is. 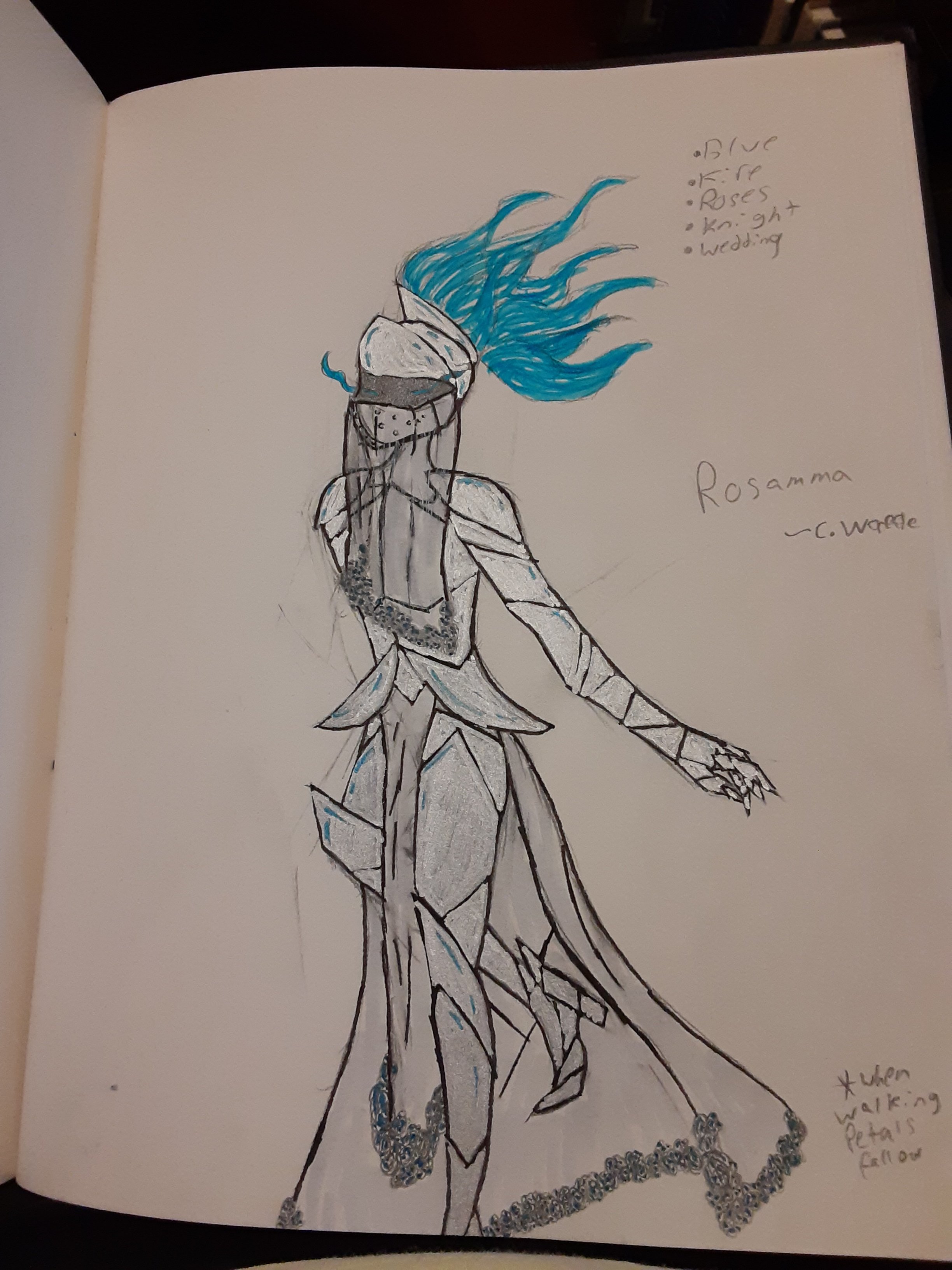 So I made a set ( with my bad drawing skills ) that is supposed to be a walking ball of hell fire.
The Head is a man with burning hair ( changes color with intensity and since it's fire we could make cool animations with it and dyes could go well on it )
The Head could also just be a big fire ball
The Torso is just a big volcano erupting on the man's body which makes fire marks appear on his body and there is an animation of fire behind him that is slowly extinguishing itself because of the colder temperature surrounding it.
The Legs are supposed to be bare feet burning and slowly rupturing because of the overwhelming fire and leaving behind traces of burnt ground and smoke.

I put all my love into this and I've been supporting this game since my childhood ( Around 8 years or so ).
Keep up the good work and I'am happily waiting for the Journey's end.
All great things end someday I guess..

The Space Dolphin Machine Gunner,
to go with your S.D.M.G. 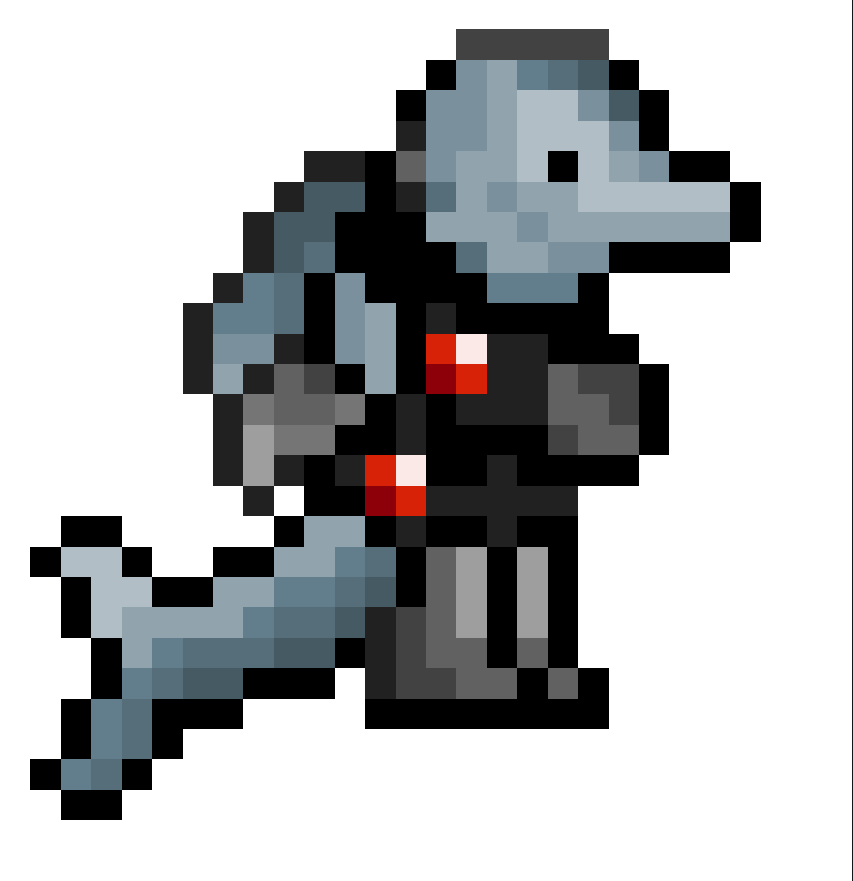 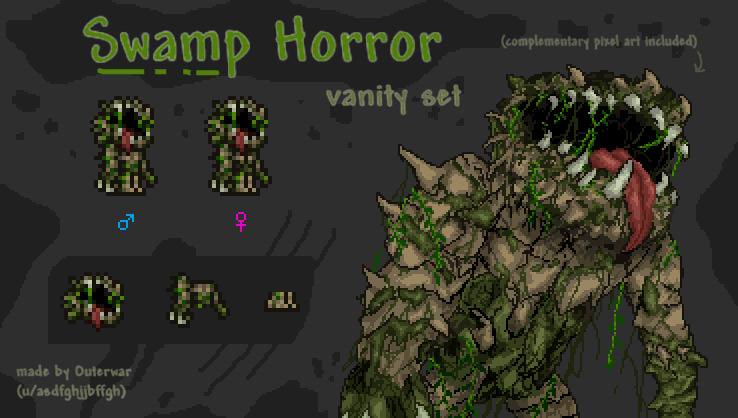 Also posted on Reddit: https://www.reddit.com/r/Terraria/comments/fmv1kq
- Inspired by my favorite Terraria biome, the jungle.
- Consists of three pieces: a mask, shirt and pants
- I also drew a more detailed rendition in pixel art so you could see what it's supposed to look like (the arms aren't really shown, so for clarification its right arm is a huge claw and its left arm is a tentacle appendage)
- Possible methods of obtaining: Low chance to have full set dropped by Plantera in expert mode, or even lower chance for one piece to drop from random monsters in the jungle?

Thanks for considering, gl people