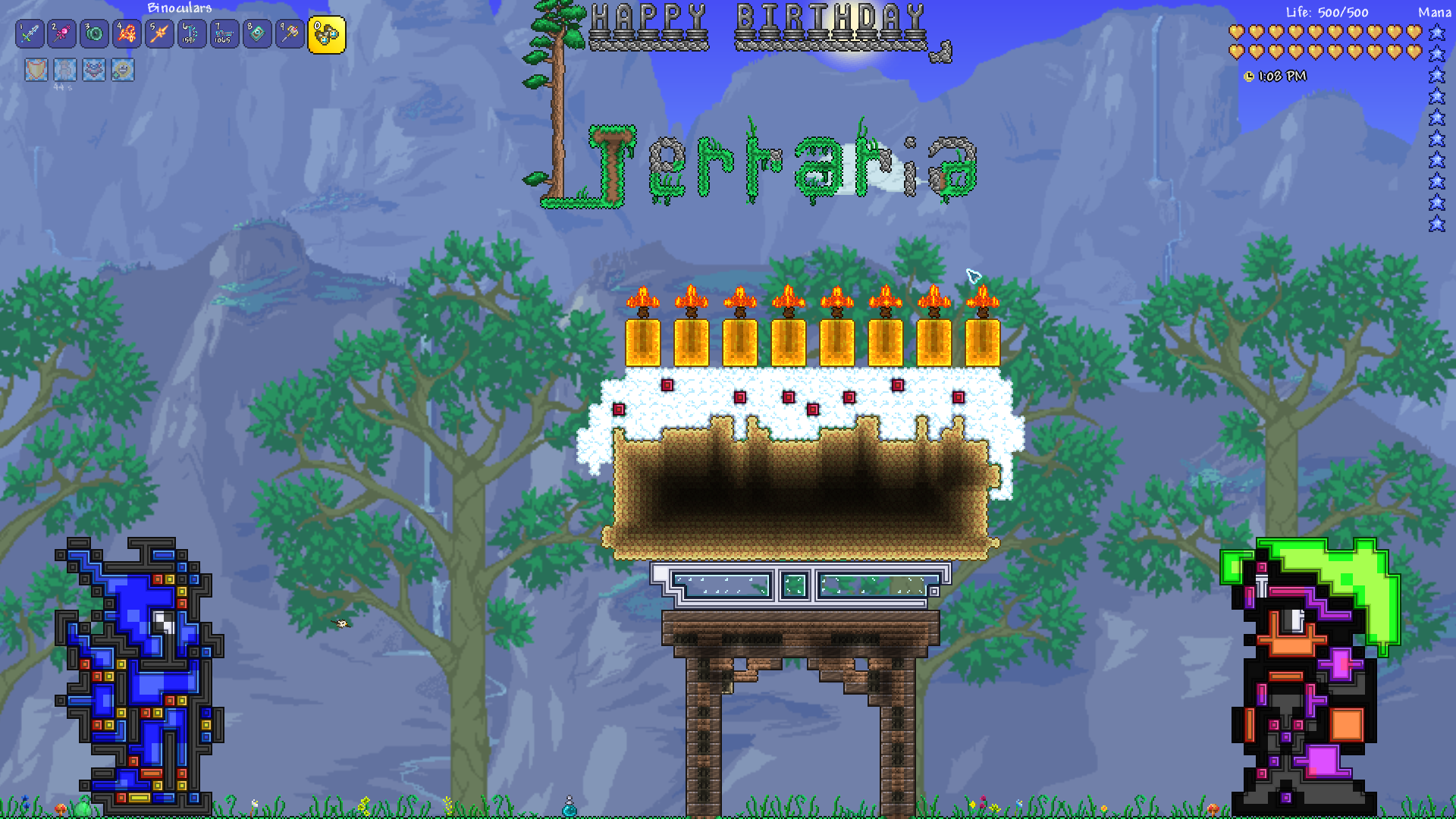 Is it just me, or did you zoom out past the normal field of vision for that screenshot?
N

Happy birthday terraria!
Wouldn't let me just post the video here so i put it on YouTube
Spent 8 hrs building this and 2 hrs gathering items for it nonstop on mobile could have done more if i had a pc
Last edited: May 19, 2019
I 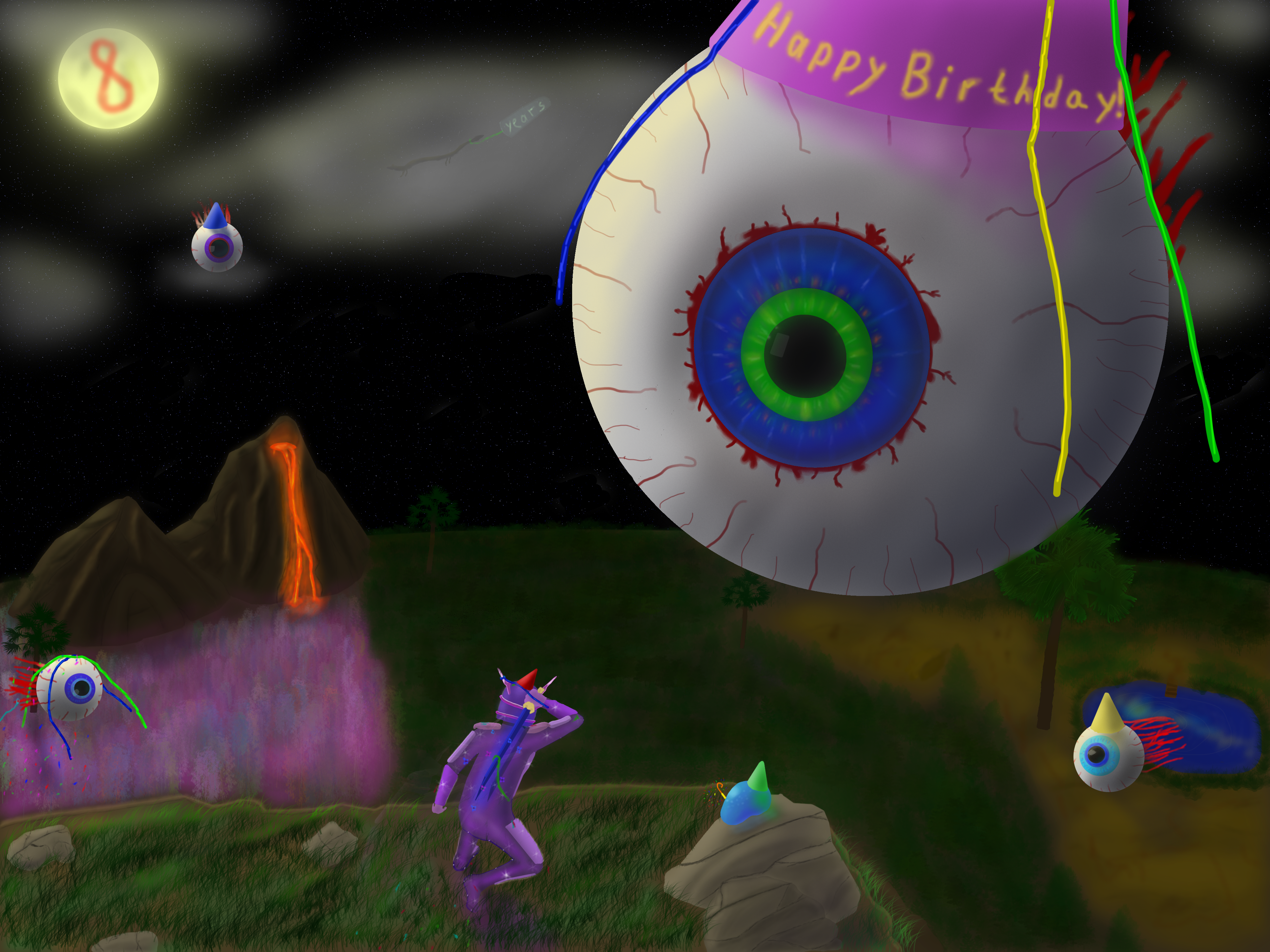 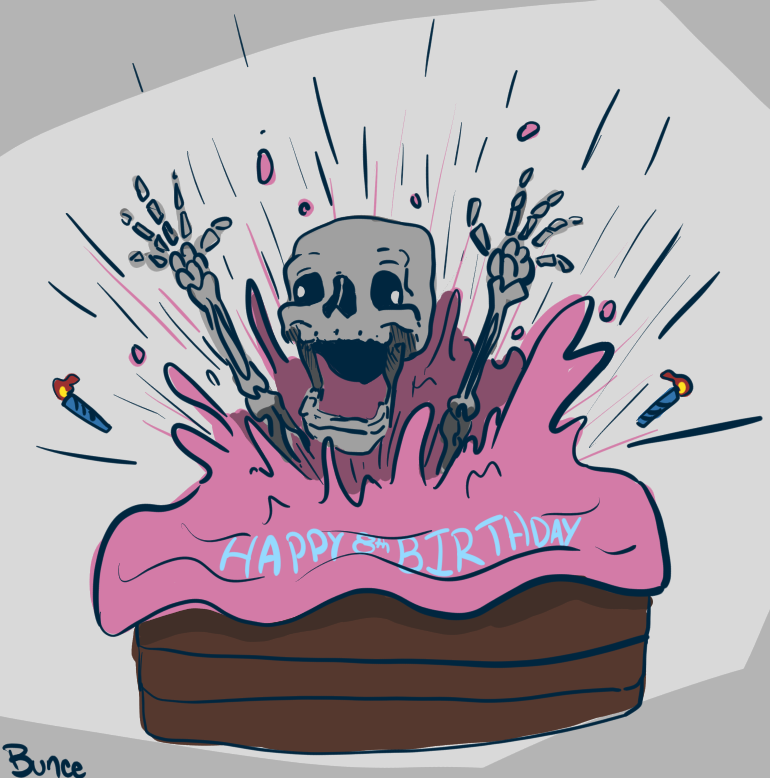 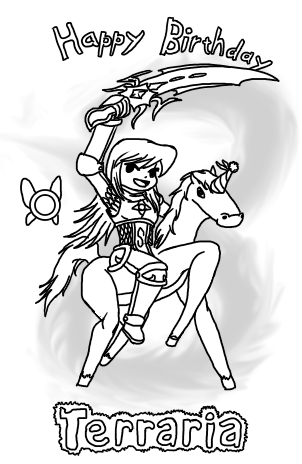 Thanks for the great time that I've spend with the game and their community!

Terraria Overworld Birthday: a chiptune remix of the overworld day theme with some extra birthday spice.

Good luck to all!

Hey. Heres my hastely built mapart. I have Fun playing the game Still after 1000 hours + but thats already been said a Lot. So im just going to thank you humbly for creating a giant waste of my time that im never going to get bored of. 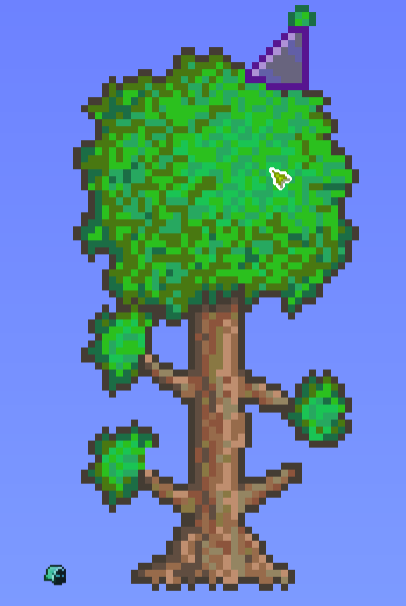 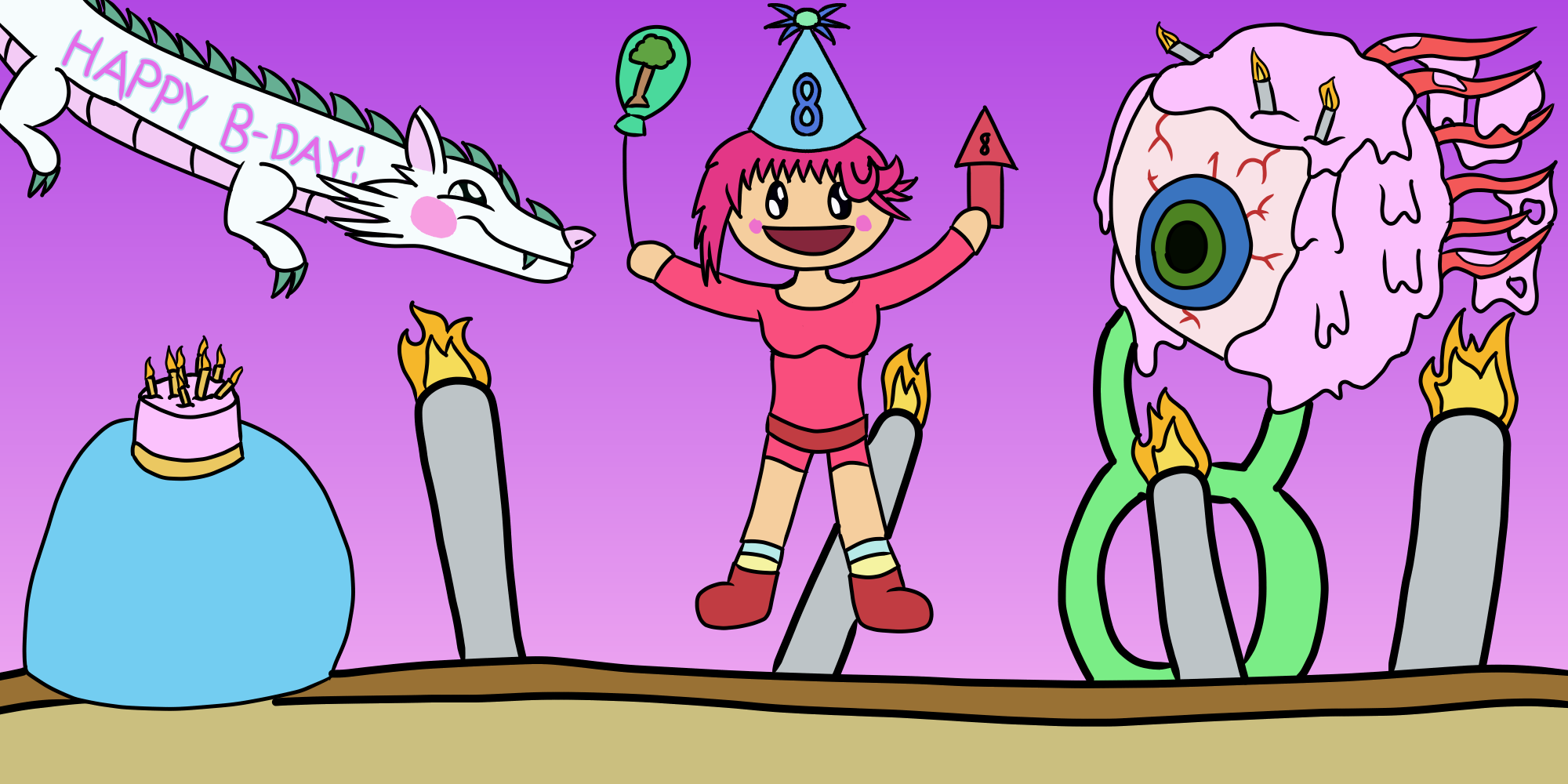 Here is my late entry. Steampunker and my character wishes Terraria a Happy 8th Brithday! Also look at that cake

Staff member
Moderator
What's a birthday celebration without confetti? Easier to clean up afterwards, sure, but also, boring! Let's fix that!

Enter the Party Bomb. It's green. It's loud. It's guaranteed to shower your world with glittering beauty and/or rupture the ear drums of anyone within ten feet of the explosion.

But don't just take my word for it. 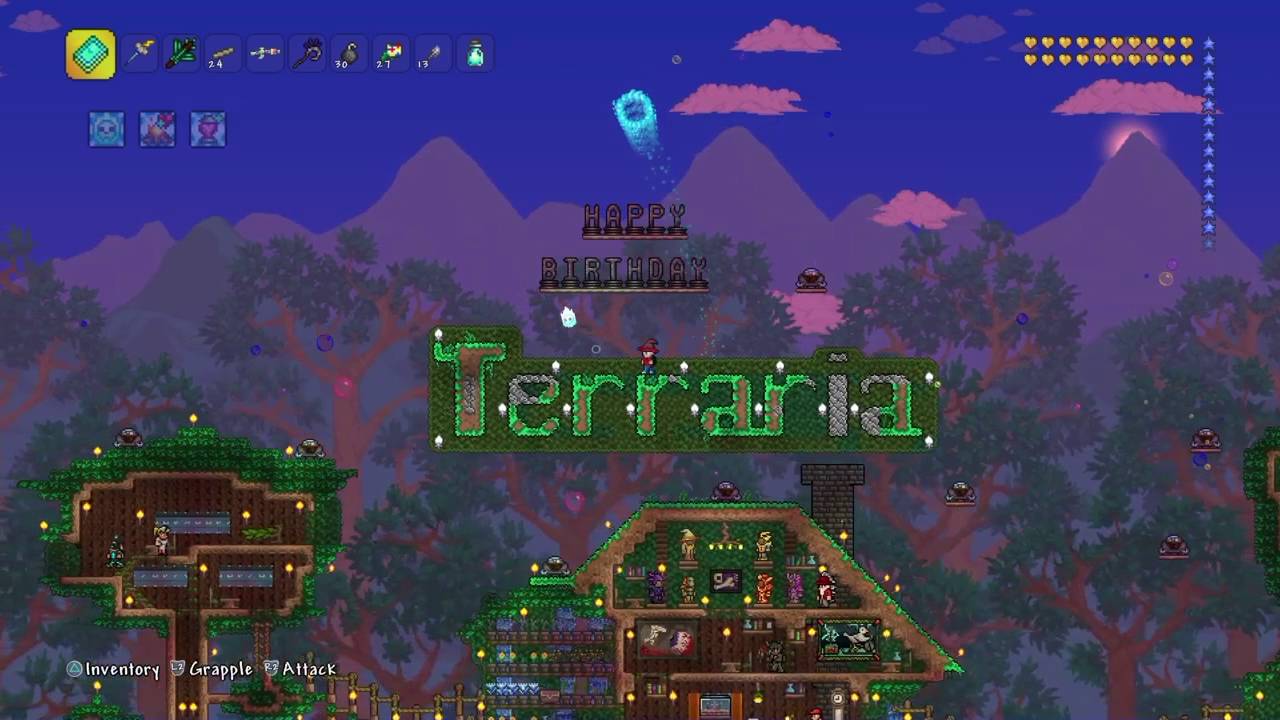 Well, here's my submission, a boss party including all the vanilla bosses along with some modded bosses as well! (I thought the deadline for submissions was Wednesday until I checked yesterday and it’s been a grind since then) 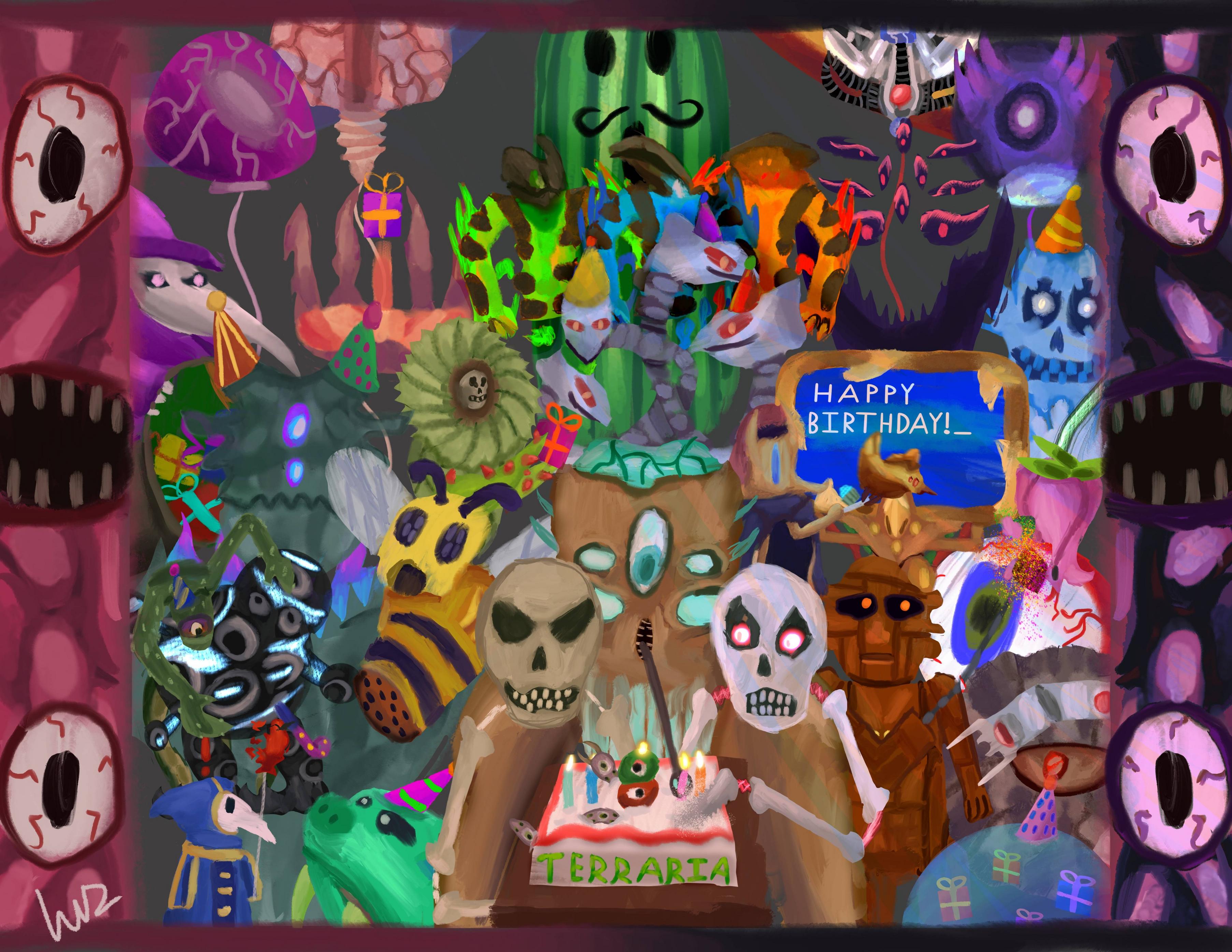 Not my best work, since i'm not really an artist and it was rushed, but it was all i could think of. 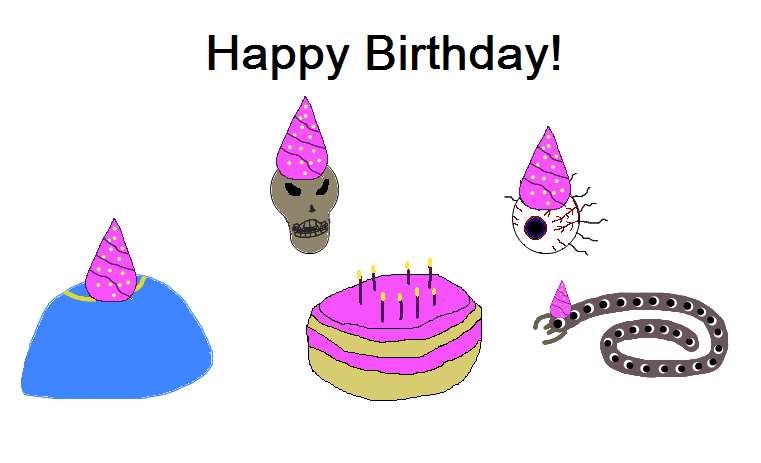 Staff member
Moderator
My entry, something I used to do a lot - a drawing of everyone at Re-Logic. Redigit and Cenx upfront and the others as tiny heads.

Thought I'd remake my birthday doodle from a few years back.. remembered it as the 4th or 5th anniversary. It was the third! And now it's the 8th.. doesn't feel like it's been that long! 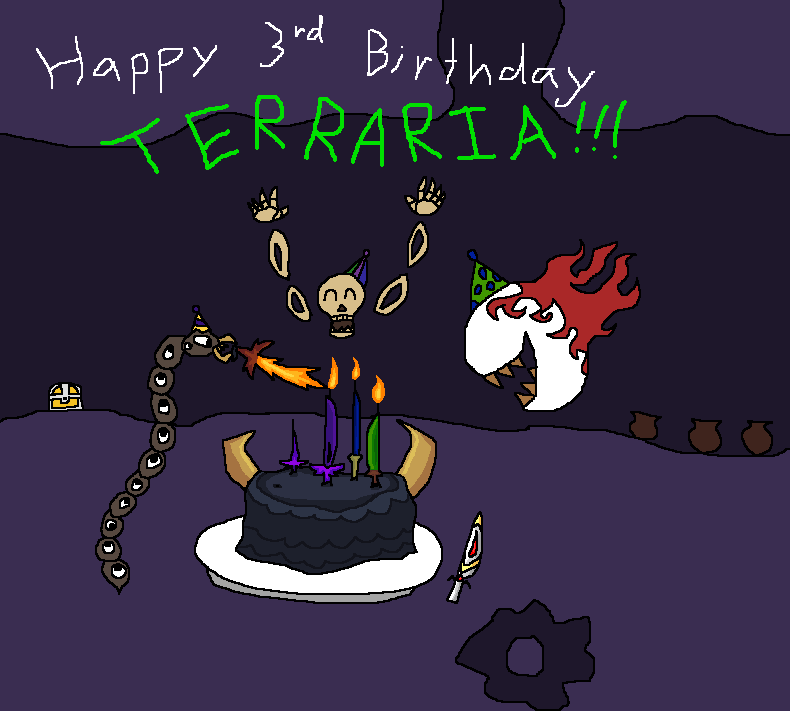 And the remake, now with King Slime and Queen Bee! 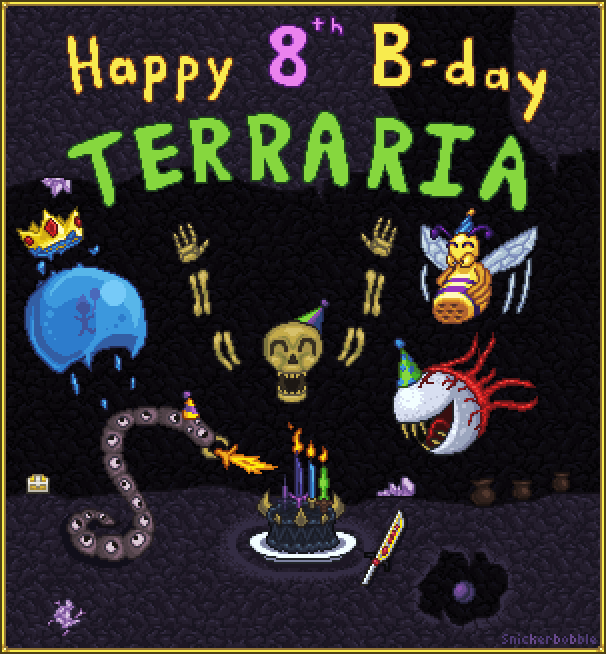 Complete with a Pwn Knife with 80% knife power, strong enough to slice Demon Cakes. And to top it off, the main pre-hardmode swords (minus blood butcherer) as the candles. The fiery greatsword makes a good lighter!

This was really fun to recreate. Started off as the original bosses, then added King Slime since he feels near-original enough. Some extra space, so made a Queen bee too. Maybe I coulda done a brain in the middle.. oh well. Happy Birthday Terraria!

Happy birthday terraria i havent done a pixel art and most of its template stuff but HERE YOU GO!!!

Happy 8th Anniversary Terraria! Me and my friend Midori have decided to make something to celebrate this special occassion to the game we love so much (and sort of became a bit of my life xd). 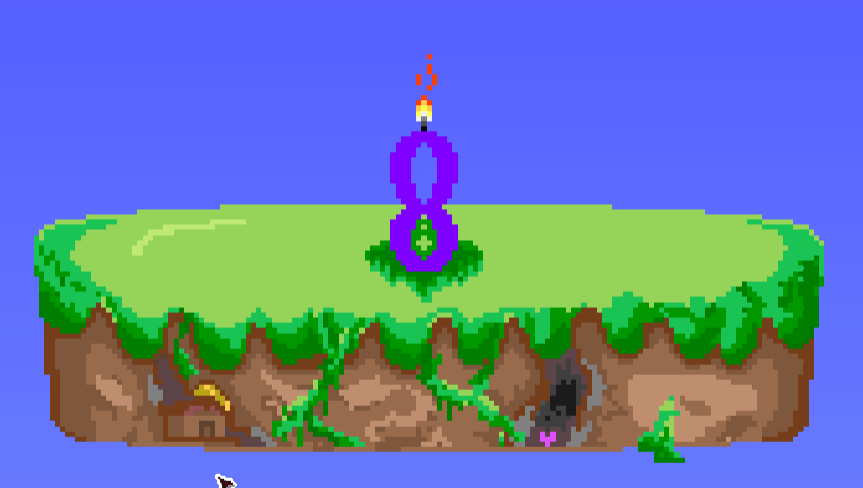 Staff member
Moderator
By member poll, the contest winner is @Snickerbobble! Thanks to all that participated and shared their creations to help celebrate Terraria’s 8th anniversary.

Snicker, you’ll be contacted by private message regarding your prizes. Please allow a couple days.